5 Things I Told My Children Throughout Divorce

Most do not choose to divorce.

It is the unfortunate result of exhausting all options.

Many make this decision not only for themselves but because they want to return their children to a safe and loving environment. 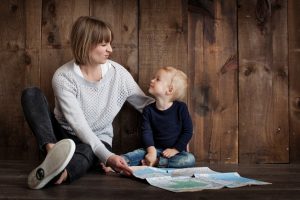 Yet, whether a divorce is swift and seemingly painless or extreme and exhausting, children do pay a price.

But the message sent to them can mean the difference between increased hardship or healing.

In terms of parenting, divorce could be viewed as any other excruciating adversity we wish we could rescue our children from.

Other childhood hardships from the smallest to the largest, i.e., failing a test, hurt feelings, not making a team, the first heartbreak and bullying (to name a few) are not induced by the two people who brought them into this world.

Therefore, it’s easier to be hard on ourselves about divorce.

After all, we chose this person, either worked at or didn’t work at the relationship, didn’t leave soon enough, didn’t make ourselves financially independent soon enough and so on.

But at some point as parents, we must accept we played a part in our children’s pain and forgive ourselves.

So we can free them from any further angst.

And so they can view this time in their lives as something which shaped rather than defined them.

We raise our children based on core principles and core values.

We do this so their foundation will be unshakeable.

The same can be said in divorce.

And hold their foundation down until their emotional world stops shaking.

5 Things I Told My Children Throughout Divorce

If  We Have God and Each Other We Have Everything

We can face any adversity with God and each other.

It bears no explaining.

Hope and faith blind the opposition.

And as it goes…the greatest of these is love.

God Is Making You Stronger

Our faith tells us we are made better and stronger by adversity.

No matter how much as we resist and fight it.

God gives us trials to promote our emotional growth.

And to place us in the path to help others who have experienced similar suffering.

This will make you stronger and more capable of facing other challenges in life.

This Is The Path God Intended for You

This is not what we wanted for you; however, it is the path God intended for you.

No parent wants this for their children and every parent feels responsible for it.

Yet, no healing will ever occur if we do not surrender to our faith.

Our spirituality defines whether we feel victimized or utilized.

Grace and faith make us confident we are being shaped and not defined by our heartache.

Divorce is emotionally ugly and parents will say things they shouldn’t say especially in prolonged or abusive divorce.

They will disparage one another because they are human and in pain and worried about their children.

It’s not right but it will happen.

However, despite what we say and the mistakes we have made one thing is certain.

Remember Our Overall Lesson Not the Shortcomings We Presented in Divorce

Parents make mistakes in all aspects of life and divorce is no exception – these must be acknowledged and corrected.

It takes great strength to leave a marriage because divorce is difficult, emotional, and stressful.

In turn, as parents, it will more than likely fail to be our finest hours.

Even though no one in this world is more important to us than our children we are human.

These five core messages can take a child out of a position of conflict.

It can take a child out of a position of permanent or prolonged conflict.

Yes, some divorces involve two incredibly mature and healthy and respectful people who do more right than wrong.

However, equally as many others involve what could be called a ‘third party.’ A parent who is absentee, narcissistic, abusive, alcoholic, etc. Or a parent who makes divorce a battleground and an opportunity to take down another spouse. Be it because they have other underlying issues or because they have not dealt with and healed from their own anger.

At least one parent but preferably both need to keep reinforcing the foundation.

And the greatest of these…