What My Son Said About Divorce That Shocked Me

The dust is settling from our recent move. 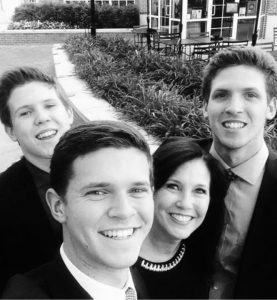 However, it is difficult to protect children from financial abuse.

I would compare it to alcoholism. Try as you may the kids will see that parent abuse alcohol. It’s pervasive. They witness it. The other parent doesn’t have to talk about it for it to be their reality.

The same is true for financial abuse.

It lives in their world.

It does not need to be talked about to be seen.

My sons are truly caring and empathetic people. In many ways, what has happened has only deepened that. Still, I was not prepared for these words.

“This happened to you because you stayed home with us,” my son says.

I am caught off guard.

I pause for a moment.

Shocked by the post-divorce clarity which now captures me.

“This happened to me because I gave my power away. No person should have the power in a relationship but no person should be powerless either,” I say.

I do not want my children to associate a mother who works ‘inside the home’ instead of ‘outside of it ‘as compromised.

The years I raised my children were the best in my life.

It is an intensely personal decision.

It is based on life experiences.

The once raw and limping woman initially wanted to blame this on my ex-husband.

And that would be true, a great injustice has been done –  to me and to my children.

But that would make me a victim and it would leave a wave of anger which would never wash away.

The marketer in me had to take a step back and assess the heart-aching reality.

While many elements were at play…

Walking away from a profession

Half-way through the marriage handing over control of the finances

Never questioning or looking at those finances again based on trust

Staying too long in a bad situation

Trying to beg a person to save a relationship they did not feel worth saving.

It was my personality and my choices which led me to become increasingly powerless.

When I paid the house and business bills the first half of our marriage I was present. It was my life and I was one hundred percent involved in it. Yes, I was at home raising my children but I was not in the dark about any aspect of my life.

I self-protected. I had boundaries.

When I not only turned over the bills but never looked at them or the business income or account again – I gave away a bit of my power. I was too trusting.

When I continually tried to rescue my spouse and stayed so long that a once healthy environment turned unhealthy.

When I stayed so long things got out of control.

Are there men who would do this regardless?

Does staying home to raise our children make us more susceptible?

But this did not happen because a woman chose to work at home.

It happened because one person made a divorce about their spouse instead of their children.

And because another person slowly gave her power away.

A mother who chooses to stay home and raise her children is not compromised.

But a woman who loses herself is.