The Surprising Reason We Allow Words to Speak Louder Than Actions

I recently received an email from someone who had read my column 5 Indicators That Someone You Love Doesn’t Care About You.

It got me thinking. 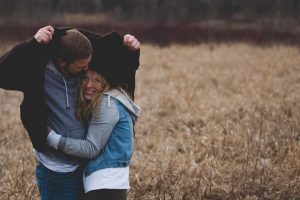 I remember years ago sitting at lunch with three friends. In the course of about ten minutes, each of their phones ring. I listen intently. These are not critical event calls. They are checking in to see how the day is going kinda calls.

Not able to withhold my shock I look at them and ask, “Your husbands call you in the middle of the workday? To talk about nothing? Just to say hey? What’s going on?”

“Yes,” they respond looking as baffled as I am when I inquire.

“Do you know what I ask my husband if he calls me during the day? I ask him if everything is okay?”

They look a bit surprised so I explain.

“I have never received calls from my husband during the workday so if he does call it alarms me to the point where I inquire if everything is okay.”

Believe me, at this moment I realize the absurdity this has never occurred to me until now.

Husbands actually call their wives for absolutely no reason.

But everyone has ‘relationship catchphrases’ and one of my husband’s favorites was “I’m a busy man.”

So I believed him until that moment was followed by an out of town trip.

He was going to need to work half of the day before we could leave. And because his office was an hour away in the direction of our travels I tagged along for the morning. And low and behold, my husband made a phone call to a ‘work buddy.’ A call which lasted nearly the entire commute and was filled with about ten minutes of ‘actual work talk.’

Adding to my former absurdity this had happened many times before yet I had never truly focused on the calls he made to others.

Much of his day this ‘busy man’ did, in fact, have time to think of me.

The fact was he spent much of his day in the car going from appointment to appointment and he was making calls.

When our children were little he would go out of town for a week and I would not receive one phone call. This would be the pre-cell phone era. Yes, of course, I thought it was odd at the time but again he was always saying, “I’m a busy man.” Followed by “there were too many meetings and dinners to call and check in.”

It went beyond phone calls.

There was the time I had to have oral surgery and the busy man couldn’t take me.

I was exasperated and explained there’s this thing they call anesthesia and you’re not allowed to drive after it.

But there would be no negotiations.

Ordinary stuff such as can you make it another day? Or could I drop you off early and pick you up later? Nope, just wasn’t happening. I had to figure it out myself even though I was new to town and didn’t know anyone.

And there were even bigger moments like the night before I had one of our children.

We met with the doctor who told us what time to arrive in the morning to be induced. My husband wanted to know if he could keep his afternoon appointment. Not familiar with ‘busy men’ this particular OBGYN managed to spring up and out of her chair fast enough to get her message across.

I think her exact words were, “YOU will clear your day.”

And with that, we found our way to the car.

The mood clearly had shifted.

My husband was not used to anyone telling him what to do and he was not pleased.

Thus, he explained if he was clearing his day he would not be picking me up from the hospital.

So there I sat an overly pregnant tear gushing mother-to-be.

I boo hoo’d the whole way home. He told me my sister would be in town so she could pick the baby and me up from the hospital.

The good news about townhouses is how many people you can hang out with.

The bad news about townhouses is you can’t make it from your car to your door without running into all of those people.

As I tried to make my way past my girlfriends one of them walked up to me.

“Why are you crying? You are going to have a baby tomorrow,” she says.

“I know, but he won’t pick the baby and I up from the hospital,” I reply.

Much like my husband never saw the doctor coming he did not see this particular neighbor coming when she stormed up to his face and said, “You are having a baby tomorrow and you WILL pick your wife up from the hospital.”

The guy who let his pregnant wife cry all the way home from the hospital when called out by another had no choice.

Now don’t get the wrong impression.

I am no shrinking violet and am actually quite strong.

None of these types of things happened in the nearly six years we dated. They began to happen once we got married. When we dated he wasn’t an overly attentive boyfriend but I liked that. I was independent. I didn’t like a lot of fawning and attention.

That’s part of the reason I missed a few red flags that did wave to me during those years.

My husband is also self-employed which I believed was demanding; however, it also promotes flexibility. And after being raised by a single mother I was incredibly grateful to be able to stay home with my children.

These things made me rationalize his WORDS yet I always realized his ACTIONS weren’t right.

And much to the no shrinking violet nod, a year after the sidewalk incident I packed my bags and left after eight years of marriage.

I only returned because he promised to go to counseling.

So we repaired our relationship and for about six years I felt like I had my best friend back.

The guy I had dated.

But soon the pattern started up again.

I see the entire absurdity now.

Believing WORDS rather than ACTIONS.

For instance, the guy whose favorite relationship catchphrase was “I’m a busy man” actually works on the school calendar and is off roughly three months a year between summer, Christmas break, Spring Break and holidays.

Ask me how it took me until five years of attempting divorce to realize this?

You know, that the ‘busy man’ actually had more time off than the average Joe.

And I will tell you…

For some reason when we fall in love with someone we want to believe them.

We want to see the best in them.

Even when they hurt us.

We still want to BELIEVE them.

We rationalize WORDS even when we realize the ACTIONS are not right.

And the red flags are waving to us. 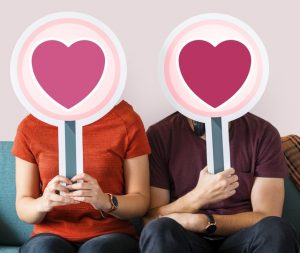 Ineffective and poor communication can complicate even the greatest relationships. After the intoxicating infancy of love makes way for the mundane, connecting can be difficult. Our relationship choices stem from our past. We are initially drawn to individuals who are familiar to us in some manner. People who somehow resemble our family of origin. Hence, […]