3 Things Bush 41 Taught Us About Love

Bush 41 was the quintessential example of an individual who lived his life by the ‘Big 3.’

Followed only by the ‘Big 3’s’ necessary counterparts – service and selflessness. 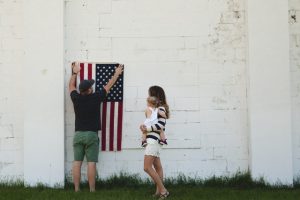 Perhaps this is why President George H.W. Bush teaches us so much about love.

After all, the ‘Big 3’ are often referred to as…

The Love of God.

The Love of Family.

And The Love of Country.

Bush 41 lived by exactly the type of strong foundation this great country was built upon.

This devotion to unwavering and unshakable values likely led to his beautifully enduring marriage.

What enabled President George H.W. Bush to leave such a great legacy of love while holding the most demanding and difficult job in this great nation?

It is undoubtedly his devotion to the ‘Big 3’ and its counterparts – service and selflessness.

These 3 Things Bush 41 Taught Us About Love

Let Nothing Interfere With It

Many a man and woman have allowed their profession to separate them from the family.

Often with cries of commitment and importance, pressing schedules and demands.

However, Bush 41 certainly puts these claims in perspective.

Absolutely no job is or should be an excuse to ever dominate a relationship or a family.

If the president of the United States can maintain the love and balance and inclusion of his family far be it for anyone to say it’s impossible.

Love and love of family were made a deliberate priority.

Communication is one of the most difficult aspects of relationships.

Somewhat ironic as love often begins with couples endlessly expressing it to one another yet it often decreases over time.

This never happened for George and Barbara Bush, their love stayed fluent.

Bush 41 was an excellent communicator.

He understood love should be spoken in infinite ways.

Be it making time for family or his affinity for the written word.

As well as many other ways including a beloved family exchange.

The words, “I love you more than tongue can tell.”

These precious words were spoken by his three-year-old daughter Robin just before her passing. Their original origin is a poem by Joy Allison.

However, it does require great confidence to demonstrate it.

Bush 41 possessed the degree of self-esteem necessary to not only illustrate love but genuine kindness.

This extended far outside his own family and to the American public.

He did not demonstrate the stereotypical political shaking hands and kissing babies.

When President George H.W. Bush stopped to hear a story or hold a sick child his empathy exceeded his political presence.

He was the young Navy aviator long ago called to a life of service and selflessness.

Many years from now President George Herbert Walker Bush will be remembered for his vast accomplishments and infinite service to this great country.

His impressive military and political resume will speak for itself.

He will also undoubtedly be recalled as one of the greatest examples of confident love.

Known to a nation who loved him “more than tongue can tell.” 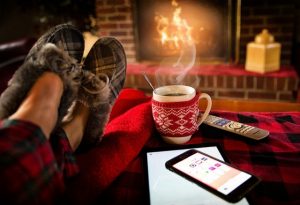