These past few months I have been a bit inconsistent in my writing.

It stems from what I will call the ‘Court-down’ aka the countdown.

I had no idea the extent of preparation the months preceding court would entail.

I have a new appreciation for the legal field. It’s my life and I have had a difficult time navigating the amount of research and paperwork involved. Therefore, I understand why it is not an easy task for lawyers, judges and the court system. 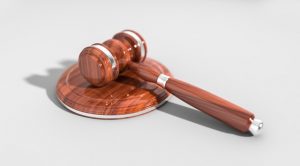 They will have just minutes, maybe at the most an hour to decipher what has transpired between two people.

I have done my due diligence.

I have worked as hard as I could to expose the truth and find answers to questions I should have been smart enough to ask five years ago. I was too trusting and naive. I spent the better part of the last year trying to get to the bottom of things.

In a sense, it was a self-restoration.

A taking back of my power and investigating things previously unknown.

Now I have to rely on my faith.

As the saying goes, “When you have done all you can do, that is when God steps in and does the rest.”

Only about five to ten percent of divorces end up in court. An astounding and estimated ninety percent are settled outside of court. This attests to the difficult personalities who are unwilling to actually divorce and move on.

Instead, they see divorce as a means of winning and control.

Rather than a chance for healing and new beginnings.

If nothing else, it is a testimony to why the marriage problems could not be settled.

It takes two emotionally consenting individuals to avoid a ‘Court’down.’