4 Reasons Divorce Will Make You Happy

Many years ago I read an article about the four traits of happy people.

I never forgot them.

They were Optimism, Extroversion, Self-Esteem and a Sense of Being in Control. 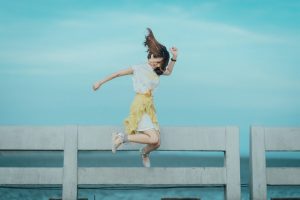 Before my marital problems, I can honestly say I spent my entire life feeling happy.

There were definite challenges along the way. No life is perfect. Yet, overall I had a definite sense of joy. I often thought about those four characteristics. They made perfect sense to me, puzzle pieces which together made for an extremely solid foundation.

Here’s the great news about getting a divorce.

You are leaving both a person and a situation which really didn’t make you happy.

No, in the beginning, it doesn’t quite feel that way.

Especially if you were the one who fought to keep your marriage together, was blindsided by an affair, or some other earth-shattering news. The devastation is real and raw. You continue to hold onto what isn’t really satisfying any longer because of the hearts resistance in letting go. And of course, the fear of the unknown.

But there is profound liberation in recognizing (once the sobs subside) you were resisting unhappiness and you actually get the opportunity to know true joy again. No more pushing a round peg in a square hole. No more trying to fix a person.

Life is once again about you!

Your happiness is now a priority.

So let’s revisit those four qualities of happy people.

The world is your oyster.

The possibilities in starting over are endless. The once heavy weight of dragging someone behind you is replaced with a buoyancy. It’s time to ask yourself exciting questions, such as what do I want?  What passions move me? What dreams still churn inside of me?

The future may be unknown but that doesn’t have to be strictly scary, it can be exhilarating.

New roads CAN be chosen.

It’s easy to feel the need to retreat during problems.

It’s not uncommon to want to stay close to home during marital issues. The stress, the inexplicable shame, and the exhaustion can silence even the chattiest human being.

But the caterpillar’s long emotional hiatus as we know eventually bears wings.

There is a renewed sense of returning to life, work, social commitments and yes, even dating.

It’s an odd curiosity that the demise of a relationship can inflict feelings of personal doubt on even the healthiest confidence.

Yet it often does.

The absolutely exhilarating news is the greater the distance from that damaged union the greater the sense of self. It makes sense. It’s easier to feel restored when we know we are making healthier emotional decisions. And thus, our normal behaviors return, letting go of the temporary ugliness which rears its ugly head in the dissolution of a marriage.

We can feel proud of who we are again.

A Sense of Being in Control

Nothing feels worse than two individuals in conflict.

You don’t need to be controlling to hate feeling ‘out of control.’

The bottom line? We know this, you can’t control other people. If you wanted the marriage to work and your spouse did not the outcome will not be favorable. If you feared your significant other was cheating and they swore they weren’t, chances are it still made you feel out of control. If you are leaving a compulsive spender and they kept running up the credit cards you never felt in control of your financial security.

Another individual can certainly make your world feel as though it is unpredictable.

Now that you are on your own, the sense of being in control is restored.

We resist the end of our relationships.

And we ought to.

Love should not be taken lightly.

And unhappiness is meant to last a season in our lives.

To make us emotionally richer, force us to grow, endorse our purpose, and humble us.

It is not meant to be permanent.

If so, we lose the necessary joy to touch lives how we were uniquely meant to.