Divorce: Meeting One Pain at a Time

I wish someone had cautioned me to take divorce one day at a time.

Or should I say one ‘pain’ at a time?

I wish they had mapped out each scenario and told me what to expect. 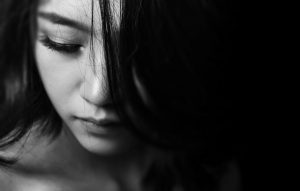 The first hint of suffering in my children’s heart.

The first time I would feel uncomfortable walking into a cocktail party or school function feeling emotionally naked.

The first feeling of vulnerability and fear.

The first sense of loneliness despite a crowded room.

I wish they had told me it was normal.

Instead of each pain making me feel my world was ending.

I wish they had told me to stay in the moment as painful as it might be rather than project an even more painful future. The kind that worried even more about my children, the finances, the unpredictability and what was to come. How I would be all things to my children and how I would make it on my own.

But no one talks about divorce.

People don’t know what to say so they avoid the topic and say nothing at all.

It needs to be taken one day and one pain at a time so it’s bearable.

There’s sufficient angst in the present to tackle the fears of what will be.

Your world feels like it’s ending when in reality it’s taking on a new shape.

There is an evolution of grief.

There is an evolution of divorce.

You just have to hold on to yourself and the ones who love you.

And remind yourself to stay in the present despite how painful it is or the fear of the future will tighten its grasp. Every single day is a step towards a horizon so vast it cannot yet be seen.

But it is there and the ones who matter most are lifting your gaze every chance they get to say, ‘look up, look up! Don’t look down, back or sideways.”

Absorb one pain at a time.