Which of These 7 Social Media Personalities Are You?

The world initially resisted but ultimately fell in love with the internet.

And social media became the new corner store – a sought after gathering place.

The technological four walls where people gather to find out what’s going on in their little town and the world.

A flat globe where people can brag or boast, rant or rave – smile or snicker. 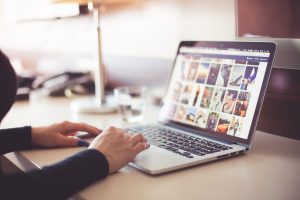 At first, it was one big fascinating love fest but as in all relationships eventually, they show the wear of time. They become fluid and move and shift and change.

Therefore, social S’Relationships began to have beginnings and ends. The internet became another place where people initiated intimacy or ended it. A welcoming handshake and hug with a friend request or a brutal breakup by being unfriended.

In a word – it became ‘complicated.’

After all, aren’t all relationships?

It began to either boost or bruise people prompting some to embrace it more fully and others to feel the need to temporarily or permanently flee.

It has been a time of social infancy.

Individuals are becoming internet toddlers and gaining their walking legs.

Because of this social media could be considered one big high school re-enactment.

We log in and quickly figure out our people and where we fit in.

The phase of life where the world doesn’t completely make sense but we believe it does. And of course, the time where our relationships can be both immature and complex.

Therefore, the technological revolution and computer playgrounds demand we figure out our personalities and how they fit into the S’World.

This, of course, brings new meaning to ‘socially fitting in.’

Their world is all rainbows and butterflies.

They view the social hemisphere in a feel good, inspirational manner.

This social lurks in the background.

They are content to watch the activity around them. Quiet in nature you forget they are one of your social media peeps until something pries them off the wall. It could be a Birthday or a call for support or help.

The S’Wallflower is happy to just be at the dance. They have no desire to show off their moves.

This social is out to right the wrongs of the world.

They are going to post about the car that parked in the wrong space. The person who cut them off on the way to work. The gasoline prices which are way too high or the restaurant they believe rendered them sick with food poisoning.

This social is the internet police officer.

This social is telling the world if only they were smarter, the world would think exactly as they do.

These are the well-intentioned people who are voicing their ‘opinions’ while pretty much telling you they should be yours as well.

This social is loud and disrespectful.

This social is a shameless bragger.

They want to show the world their ultimate job, travels or family. They post only the best of life. There will be no flaw or crack in their armor.

It’s a world of only photo-shopped perfection.

This social is living the proverbial ‘Christmas Letter’ of posts.

This social doesn’t make an appearance.

They just keep a social presence because it’s a necessary aspect of life. To see what’s going on out there. They frown on it as a whole and wonder why people would consider putting their personal lives out there in the first place.

This social lurks but is rarely if ever heard from.

This social abuses the internet.

They talk about people and use the internet as a means of socially ganging up on others. This is a platform for them to conquer their self-doubt at the expense of others.

This social is irresponsible, immature and insecure.

All relationships need to be recognized and responsible.

Social relationships are no different.

People need to be aware of the impact they have while pounding the computer keys.

Who are we? How do we impact the world? What purpose lies within us? What values do we want to live by?

Be it a physically tangible hug or the virtual social handshake.