Stamp out hunger, stamp out sloth

I recently wrote a piece for Kveller.com about the struggle to get my kids to do their chores. We’ve made progress in some areas (setting the table) and virtually none in others (putting away their laundry.) While i want these things to get done,  and preferably by someone other than me, it’s even more important to me that our children develop a strong work ethic and a sense of responsibility.

That’s why, despite our chore-challenges, I’m so proud of their hard work today. As part of the Post Office Food Drive known as Stamp Out Hunger, my children helped unload and sort the tens of thousands of pounds of food delivered to our local survival center. Admittedly Zoe, my six year old, had a rocky start. She spent the first fifteen minutes blowing dandelion puffs and making wishes (“which never come true” she reported indignantly), but after a small talking-to she got right in the spirit of things. My daughters shlepped way more than their body weight, many times over. They sorted hundreds of items (Zoe even got some reading practice) and didn’t complain at all. Until, that is, I insisted we head home.

I’ve written before about taking my girls to distribute bags for the food drive, but I was thrilled to give them a chance to contribute in a more meaningful, hands-on way. I think they understood that they were doing “real” work – making a genuine contribution, not just tagging along. I know it wasn’t the most shabbos-y activity (sorting is one of  thirty-nine activities prohibited on shabbat) but, in my defense, we were volunteering right alongside our Conservative rabbi. I guess someday, if we’ve ever stopped doing all the unmeaningful things we do that are prohibited on Shabbat, then I’ll worry about separating canned food from boxed food to feed those in need.

I was thrilled when, on the bike ride home, my kids asked when they could help at the Survival Center again. “Such hard workers!” I beamed. “Such responsible kids!”

Which lasted until we got home. And they refused to put away their laundry. Sigh. 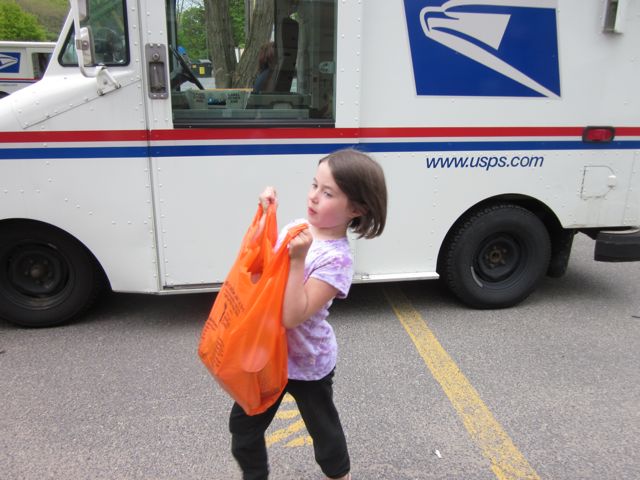 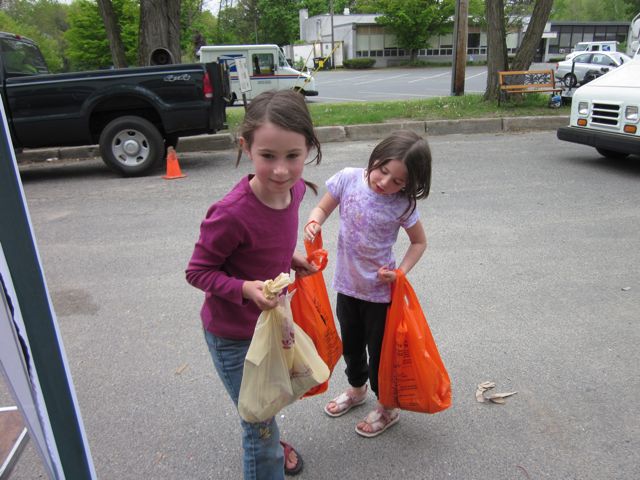 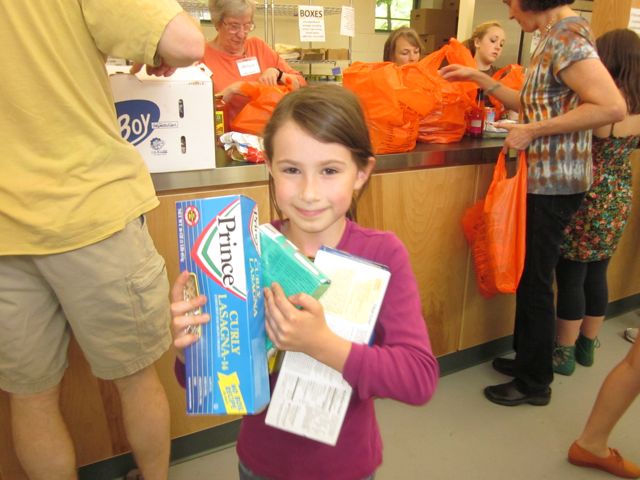