We all know the story of Noah. We might even be a little sick of it, especially if we’re parents. There seem to be hundreds of picture books on the topic, at least three of which my kids have received from The PJ Library. Why a story of God’s threat to destroy the earth seems appropriate for little ones is a mystery to me. I still haven’t gotten used to seeing the playful artwork of Lucy Cousins, of Maisy fame, paired with the words “I shall make a flood of water and wash all the wicked people away.”

Because it’s such a popular tale for tots, I think many adults have forgotten that the story of Noah is complex and meaningful. It frames a significant, even radical, shift in humans’ relationship to God, animals and the earth. While humans were charged with working and protecting the earth way back in Gan Eden, it’s not until the flood that they actually do something significant about it. Not only does Noah fulfill his mandate of preserving biodiversity for the post-diluvean era, but immediately after the flood he plants seeds and produces food, the first evidence of a garden planted by humans, not God. (Yes, it’s a vineyard, and yes the wine leads towards some fairly unsavory behavior, but let’s not quibble about details.) People are given more responsibility, but also more privileges (they are given permission for the first time to eat meat.)

As everyone who has read the picture books knows, the story ends with a promise from God, a dove, and a rainbow. (Too bad there aren’t any unicorns as well, considering how badly this story begs for a happy ending.) The rainbow, of course, is the symbol that God will never again destroy the earth.

I’m thrilled that God will never destroy the earth again. Unfortunately, humans seem to be doing a pretty terrific job of it. There’s no simple way to get all of humankind to make the same promise. But that doesn’t mean we can’t try. And that’s the basic premise of Rainbow Day. Held on the anniversary of the day Noah left the ark (according to the book of Genesis), Rainbow day is, according to Jewcology,

a time to celebrate the diversity of life on Earth, and to remember our role in God’s covenant. It is a time to remember that the first covenant was not with human beings but with all living things. It is a chance to reflect on the deep spiritual and religious meaning of diversity, creation, and our role as part of creation and partners with God.

Jewcology’s Rainbow Day website has dozens of suggestions of ways to honor the day (which falls on Tuesday, May 31) through ritual, song, education, and hands-on activism. Why not choose at least one to do with your family?  As some of you know, my earliest work in Jewish education was helping create the Teva Learning Center, an institution that’s now at the forefront of Jewish envrionmentalism. In other words, this stuff has mattered to me for a long time.

My kindergarten class will be planing sunflower seeds and trees. My own family will add some new beds to our backyard garden We’ll probably sing adamah v’shamayim a few hundred times for good measure. Please come back and let me know what you did! 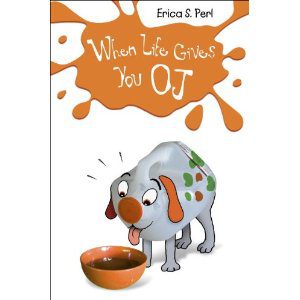