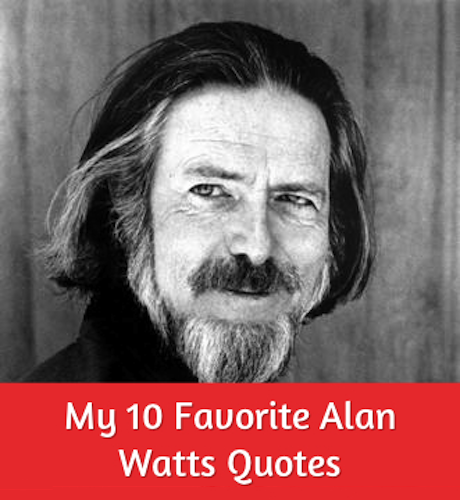 Alan Watts, known for spreading Eastern philosophy in the West via his books, lectures and radio appearances, was a maverick British philosopher (d. 1973) who moved to the US in 1938. His life story includes becoming an Anglican priest, blending Christianity with Eastern mysticism, experimenting with psychedelics, teaching Zen, as well as becoming a Fellow at Harvard University. Watts famously described himself as a “philosophical entertainer.”
Here are my 10 favorite Alan Watts quotes:

“Zen is a liberation from time. For if we open our eyes and see clearly, it becomes obvious that there is no other time than this instant, and that the past and the future are abstractions without any concrete reality.”

“We seldom realize, for example that our most private thoughts and emotions are not actually our own. For we think in terms of languages and images which we did not invent, but which were given to us by our society.”

“To have faith is to trust yourself to the water. When you swim you don’t grab hold of the water, because if you do you will sink and drown. Instead you relax, and float.”
“Trying to define yourself is like trying to bite your own teeth.”

“Your body does not eliminate poisons by knowing their names. To try to control fear or depression or boredom by calling them names is to resort to superstition of trust in curses and invocations. It is so easy to see why this does not work. Obviously, we try to know, name, and define fear in order to make it “objective,” that is, separate from “I.”

“The more a thing tends to be permanent, the more it tends to be lifeless.”
“The meaning of life is just to be alive. It is so plain and so obvious and so simple. And yet, everybody rushes around in a great panic as if it were necessary to achieve something beyond themselves.”

“To put is still more plainly: the desire for security and the feeling of insecurity are the same thing. To hold your breath is to lose your breath. A society based on the quest for security is nothing but a breath-retention contest in which everyone is as taut as a drum and as purple as a beet.”

“A priest once quoted to me the Roman saying that a religion is dead when the priests laugh at each other across the altar. I always laugh at the altar, be it Christian, Hindu, or Buddhist, because real religion is the transformation of anxiety into laughter.”

“It’s like you took a bottle of ink and you threw it at a wall. Smash! And all that ink spread. And in the middle, it’s dense, isn’t it? And as it gets out on the edge, the little droplets get finer and finer and make more complicated patterns, see? So in the same way, there was a big bang at the beginning of things and it spread. And you and I, sitting here in this room, as complicated human beings, are way, way out on the fringe of that bang.

We are the complicated little patterns on the end of it. Very interesting. But so we define ourselves as being only that. If you think that you are only inside your skin, you define yourself as one very complicated little curlique, way out on the edge of that explosion. Way out in space, and way out in time. Billions of years ago, you were a big bang, but now you’re a complicated human being. And then we cut ourselves off, and don’t feel that we’re still the big bang. But you are. Depends how you define yourself. You are actually–if this is the way things started, if there was a big bang in the beginning– you’re not something that’s a result of the big bang. You’re not something that is a sort of puppet on the end of the process. You are still the process.

You are the big bang, the original force of the universe, coming on as whoever you are. When I meet you, I see not just what you define yourself as –Mr so-and- so, Ms so-and-so, Mrs so-and-so– I see every one of you as the primordial energy of the universe coming on at me in this particular way. I know I’m that, too. But we’ve learned to define ourselves as separate from it. ” 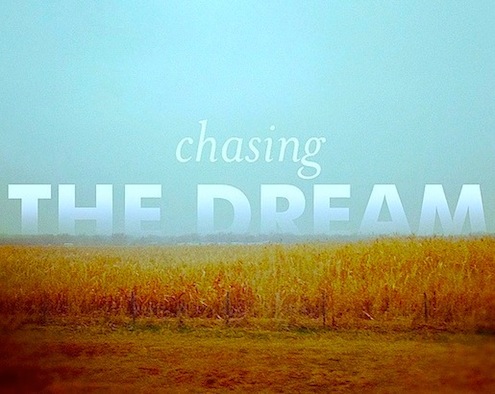