Sanctus Real heads out for fall We Need Each Other tour 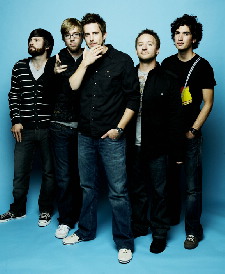 Christian modern rock band Sanctus Real heads out on their headlining We Need Each Other tour this fall, with special guests Tenth Avenue North, VOTA (formerly known as Casting Pearls) and speaker Sammy Adebiyi.
Sanctus Real has been captivating audiences for more than a decade. They’ve had a string of number one hits, including six #1 singles, and a Dove Award for Modern Rock Album of the Year. Their fourth studio release, We Need Each Other, is a call for unity within the church.

The tour kicks off Sept. 4, 2008 in Perrysburg, Ohio and makes its way through 16 states from Maine to Florida, Pennsylvania to California, wrapping up on Nov. 8, 2008.
For more about Sanctus Real and the We Need Each Other tour, visit the band’s website.