The Wrecking’s national debut album, A New Abolition, releases next week. Here are 5 things you probably didn’t know about this up-and-coming Christian rock band:
1) The Portland, Maine based band isn’t actually a new band. They’ve been together since 2001, and used to be called The Kingpin Wrecking Crew.
2) The band worked on their new music video with director Jeffrey Kubach, whose credits include CBS’s hit reality show “Survivor.” The video is for the band’s single, “In Your Eyes,” a remake of the Peter Gabriel hit, and was produced in conjunction with Love 146, a non-profit organization dedicated to the abolition of child sex trafficking and exploitation. The band also works with International Justice Mission, a human rights agency.

3) The Wrecking is currently on the One Shot tour with hip hop artist Bobby Bishop. The multimedia event features a docudrama directed by Kubach that has been described as “MTV with Jesus at the center.” So far on the tour, more than 450 people have made decisions to follow Christ.
4) The MTV network has licensed music from the band’s album for use on MTV, VH1, Nickelodeon, Spike TV, and more.
5) Drummer Darren Elder has a 23-pound cat. Darren recently broke his hand, but not while trying to pick up the cat. He broke his hand doing some home renovations and fortunately was able to see a hand surgeon the same day the accident happened. Darren just played several shows at SoulFest, with a cast on his hand and rods in his fingers!
To learn more about The Wrecking, visit their website. 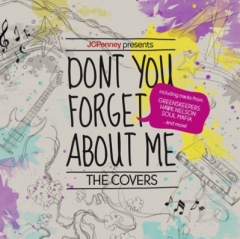