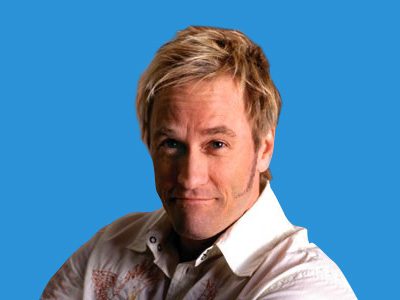 "Brad Stine is on a mission â€“ a mission to free us all from the chains of political
correctness and prevent our eventual â€˜wussification.' From his Nashville
stronghold, Stine is mounting his crusade against these hypocrisies, all of which
are explored in his highly anticipated 4th album/DVD, aptly titled
â€˜WUSSIFICATION!'

"You know what offends me?... Offended people," says Stine. A staunch
supporter of first amendment rights and foe of political correctness, Stine asserts
that rights should be universally applied. "In a country with guaranteed rights to
freedom of religion, its citizens are constantly trying to make faith in public
spheres illegal, I am offended by that contradiction and want to talk about it as a
comic." The strength of his conviction about our freedoms can be found in many
places on WUSSIFICATION â€“ from "Merry Christmas Too!" (the right to celebrate
religion) to "At Least We're Not France!" (the responsibility to take action as a
country) to "Spank" (the ability to discipline our children the way we see fit).

What would cause the wussification of Brad Stine? "I hope that nothing ever
wussifies me to deny my own personal beliefs," he says. "Brainwashed wussies
have been taught that standing up for yourself and defending your personal point
of view makes you a close-minded hate monger." Stine stops short of defending
his point of view as the ONLY one, adding "...one must also be respectful of
dissenting belief while supporting their own." He is, after all, an inclusive figure
who trains his comedy to attack ideas, not the people who embrace them.
Stine's faith forces him to acknowledge the respect and dignity of allâ€¦ even the
wussies with whom he disagrees!

Stine models his approach to comedy after legendary practitioners that he has
known and loved over the years. Despite George Carlin's disdain for theistic
beliefs, he has been a big influence on Stine. "I always enjoyed Carlin for turning
the tables on culture. He is an excellent writer that has endured for decades."
More current comedic touchstones are Brian Reagan, Paula Poundstone, Jim
Gaffigan and Monty Python, among others.

Fear not, true believers â€“ with his brand new album, Brad Stine is here to save
the world from WUSSIFICATION â€“ one politically-correct, offended person at a
time!"

By Brad Stine
I have a GPS system on my phone that not only knows exactly how to get me anywhere I need to go, it also knows where I am at any given time even when I don’t have the slightest idea. Her soothing British voice is always there to guide me when I’m lost and it…

Another year! or is it?

By Brad Stine
Around this time of year we always comment that another year has come and gone. But has it really? I mean we have arbitrarily created the calendar year based on the earth’s rotation around the sun or something to that effect. But just because it does rotate consistently doesn’t mean we had to choose that…

Not much time left

By Brad Stine
I came across a classic Christmas song the other day and after examining the words I have come to realize how easily humans accept ideas at face value without scrutinizing them for philosophical and/or cultural flaws. The song I’m referring to of course is “Rudolph the Red-Nosed Reindeer”. Here are the lyrics with my copious…
back to index archives
search this blog
SUBSCRIBE:
More from Beliefnet and our partners