Why Won’t 22% of Americans Vote for a Mormon Candidate? Help Some Filmmakers Find Out

Most Americans know enough about our national history to realize that no politician running for federal office should ever have to take a religious oath or pass an orthodoxy litmus test. It’s in that pesky Constitution: Article VI, paragraph 3. So far, so good.

But having freedom of religion mandated by law doesn’t mean that Americans can’t and won’t vote with their feet. American voters have their own perfectly legal versions of religious tests. I count myself in this. I’m not sure I would vote for a Raelian, though I feel strongly that we need more Jedi knights in office.

Of course, this question is in the news because of Mitt Romney’s dogged resumption of his position as Republican frontleader in recent weeks, escalating the shrillness of a national conversation about Mormonism and orthodoxy. Amidst all the shouted accusations, it’s worth asking why Gallup has found that 22% of Americans will not on principle vote for a Mormon candidate — a survey result that has changed very little since the late 1960s, when Mitt’s dear old Dad tried to run for president.

So let’s get some solid information. Let’s talk to people.

That is precisely the mission of some documentary filmmakers who are creating a new movie called The Religious Test, which chronicles the particular challenges of Mormons in politics. Based on interviews with candidates, people in Congress, and policymakers, it “asks the larger question – why is faith still such a concern in presidential races? It also reveals the underpinnings of what makes people afraid of the idea of a Mormon president– and by extension any American whose beliefs are in the minority.” Since I am in the throes of co-organizing a scholarly conference on Mormonism and American politics at Columbia University in February, this is timely information. I am all ears.

But to finish the film, the creators need a little more funding. I just gave a donation at kickstart.com to help them out; as of today they need just under $3,000 over the next few days. If you’re interested in exploring the question of minority faiths in American politics in a thoughtful and responsible way, you might consider giving a little this week. 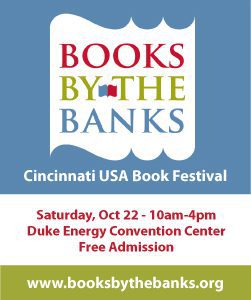