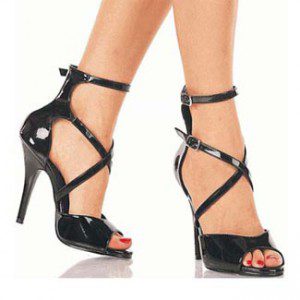 Whew! Lots of Mormon items in the news this week, but here are my three favorite stories from around the Bloggernacle.

1)  The intrepid Cynthia L., who had that great BCC post a couple of weeks back raising the issue of why Mormon women don’t pray in General Conference, posted this snippet from the Provo Daily Herald article  “Authorities break ground for new LDS temple in Payson”:

“Following his remarks and the closing exercises, Oaks invited the four general authorities in attendance to shovel a scoop of dirt from the shallow trench, followed by the 26 stake presidents in the Payson Utah Temple District, then local government officials, and lastly, any 12-year-old ordained deacons.

Oaks noted that he purposefully excluded women from the ceremonial shoveling out of respect for them because of the muddy conditions in front of the podium. He didn’t want their shoes to get soiled.”

He didn’t want their shoes to get soiled? I’m sorry . . . seriously? Women weren’t permitted to shovel dirt at a sacred groundbreaking because their dainty little feet might get dirty?

Some commenters have tried to dress up this faux pas by saying that a temple groundbreaking is a priesthood event . . . but women have participated in the breaking of ground for other temples, so that’s not a particularly defensible position.

As one commenter said:

When questioned about the exclusion of women in this ceremony, instead of citing doctrine or sanctioned church practice, Elder Oaks gave us a straight-from-the-1950s excuse. Letting this culture of patriarchy rule without any true or established reason in instances like this is something worth fighting against.

To that commenter, and to Cynthia L: You go, girls. To Mormon women everywhere: Presumably this also means that you also need never change a dirty diaper, rake the lawn, cross the Plains with the pioneers, or help to clean the chapel. You might soil a shoe, or even worse, break a nail! Best not to risk it.

2) In happier and more enlightened news . . .  Nope, spoke too soon. The top Mormon news story this week has been that brand-new and eminently newsworthy question, “Are Mormons Christian?” We’ve certainly never heard that one before! And there’s a logical a corollary question: “Could a Mormon ever be fit for national office?” We’ve never heard that before, either. Except in 1844. And 1898. And 1908. Oh, and 1968.

But Mormons are, sadly enough, pretty used to this kind of thing, and we’ve developed a number of different coping mechanisms. Mine, obviously, is sarcasm coupled with a deep sigh, but other people have more creative and positive responses. Take this week’s article “I Know You Are, But What Am I?” from Rosalynde Welch, which raises the question of how Mormons should–and should not–respond to charges that we are a cult. Also at Patheos is writer Timothy Dalrymple’s thoughtful plea to his fellow evangelicals to abandon the “cult” accusations even while disagreeing profoundly with Mormon theology.

And amidst all the frustration, the best coping mechanism is laughter, and laughter is what Jon Stewart provided in spades on Monday with this hilarious sketch. With Samantha Bee representing “Team Mormon” and Wyatt Cenac anchoring “Team Normal,” the skit demonstrates that all religions sound perfectly ridiculous when analyzed under a microscope, and that many conservative Mormons and conservative evangelicals actually share one important trait — their politics oppress the poor.  Brilliant satire.

3) The indefatigable and amazing blogger Joanna Brooks was on Krista Tippett’s APM show “OnBeing” this weekend, talking about Mitt Romney’s ascendance and the Mormon Moment. I can’t wait to hear it, and I’m sure Joanna had many insightful and candid responses. 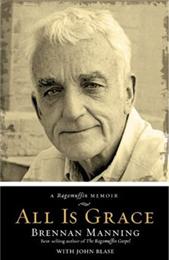