Ragamuffin Brennan Manning Teaches That “All Is Grace”

Everyone loves a reformed sinner, and Brennan Manning provides that in spades in his new memoir All Is Grace: A Ragamuffin Memoir. On second thought, I think the Irish-American Catholic writer might borrow from Protestant reformer John Calvin in adopting the motto “reformed and always reforming.” Manning would be the first to tell you he hasn’t really changed that much from the irascible ragamuffin/ recovering alcoholic we have always imagined we knew.

This memoir is the first thing I’ve read of Manning’s in a very long time, and I found it unexpectedly powerful. It’s good that he recounts his life in chronological order, because by the time you get to the “sin boldly” part, in which he reveals his deeply troubled adult journey, you’ve already read about a childhood so loveless and miserable it would make a Roald Dahl character appear cherished by comparison. His mother’s seething, cold angularity; his father’s ne’er-do-well abusiveness; the sudden death of his only true boyhood friend: It’s all there, along with urban poverty, the Great Depression, and the proverbial wolf at the door.

It’s my observation that kids who come from shame-based backgrounds tend to head in one of two basic directions: they either 1) program themselves on “repeat,” mimicking their parents’ substance abuse and descending into chaos, or 2) they sublimate the dangerous self by trying to be The Good Child. During my turbulent adolescence—which was on my mind constantly while reading this book, the weekend I read it marked the first anniversary of my own father’s death—I chose what was behind Door #2: social acceptance, academic success, a place in the world. The shadow side of that path, the one they never warn you can be every bit as destructive as what’s behind Door #1, is that external approval becomes its own brand of addiction, and it becomes increasingly difficult to keep it real and fight what Manning calls “the impostor self.”

Manning, rather magnanimously, chose both paths. He did this in an almost laughably stereotypical way, by becoming the good Catholic boy who stumbles through mass on Sunday morning because he’s still hung over from Saturday night.  By age 18 he was drinking a dozen beers every night (every night?!), a pint of rye whiskey every other day, and a liter of sake about once a week. He was also beginning to write (a talent he honed in the military, of all places), discovering his unexpected gift for captivating audiences with his words while feeling an even more unexpected tug to the priesthood.

Manning was a priest for many years, and then, just as suddenly, he wasn’t anymore. He had fallen in love. His discussion of this phase of his life is one of the most tender and joyous parts of the book, but it doesn’t last. It wasn’t long before Manning resumed the alcoholism he hoped he had laid to rest forever when he became a priest. One particularly heartbreaking scene in the book has him admitting that he would provide spiritual wisdom for audiences and delight the crowds immediately before checking himself into an anonymous motel in that town, unplugging the phone so his wife couldn’t reach him, and drinking himself into a stupor. He would be on his bender for several days and then fly from that city to his next speaking engagement so as to avoid facing his wife.

But there is true repentance in these pages, genuine sorrow for the ways he has damaged the people he loves. It is a beautiful book, its intensity all the more vivid because Manning is now ill and probably dying. As such, the beginning and end of the book offer a kind of festschrift to frame his story. Numerous friends and mentees share memories of how they met Manning or how he helped to turn their lives around. In the end, these loving voices do much to quiet Manning’s own articulated fears that his sins have outweighed the good he has done with his life. And throughout, always, is the underlying rhythm of a loving and forgiving God—a God Manning will meet sooner rather than later.

Grace, in the end, is everything.

This book review is part of a Patheos.com Book Club discussion. For other reviews (including folks who disagreed with me!) and an excerpt from the book, check out this link. 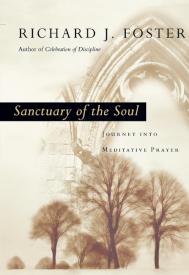 Flunking Contemplative Prayer . . . Where Was Richard Foster When I Needed Him?
archives most recent
More from Beliefnet and our partners
previous posts