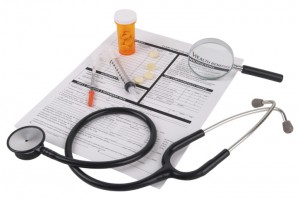 The opposition to the mandate and compromise put in place by the Department of Health & Human Services (HHS) continues to grow as pressure continues to be applied to HHS Secretary Sebelius.

We have sent a detailed legal analysis to Secretary Sebelius on behalf of nearly 70,000 Americans  – urging the Secretary to reverse the troubling regulations put in place – measures that violate religious liberty and the conscience rights of millions of Americans.

We’ve been reporting in detail on the problems with the HHS regulations. The mandate requires religious institutions, such as religious schools and hospitals, to include abortion-inducing drugs, sterilization, and contraception in their insurance policies for employees. A so-called “accommodation” was then issued after a tremendous public outcry occurred opposing the mandate.

The fact is that these regulations are not about health care. They represent a dangerous power play by the federal government. It’s the ultimate in government intrusion, representing a significant threat to religious organizations.

Our legal analysis is clear: this is not only bad policy, it is unconstitutional as well.

The analysis, which is posted here, explains in detail why the mandate violates the First Amendment’s Free Exercise Clause as well as the Religious Freedom Restoration Act (RFRA). The letter also notes that the “accommodation” is “a smoke and mirrors game” that does nothing to remove the burden on religious exercise imposed by the contraception mandate.

We’re delighted that nearly 70,000 Americans signed on to our petition demanding the HHS reverse these disturbing regulations.

We’ve already told you about the growing number of Americans who oppose the mandate and compromise. And, of course, the Catholic Church, which has been extremely vocal in its opposition, isn’t backing down. All 180 Roman Catholic Bishops have now publicly denounced the HHS regulations.

There are now reports that Obama Administration officials will begin meeting “in the coming days” with religious organizations and insurers to try to hammer out policies “that respect religious liberty. . . .”

There’s a simple way to do that, if the Obama Administration is serious. As we have said from the very start, eliminate the mandate and all language that requires people of faith to violate their deeply help religious beliefs.

The opposition isn’t going away. The public outcry isn’t going to stop. Mr. President and Secretary Sebelius, are you listening? 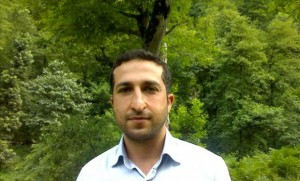 Jay Sekulow: UPDATE - Death Warrant May Have Been Issued for Pastor Youcef
archives most recent
More from Beliefnet and our partners
previous posts