This has been an issue we have been working on for many, many months. An important victory today at the United Nations. A committee of the United Nations Security Council announced that support among member nations to back statehood for the Palestinians has fallen short. In other words, there’s not enough support to approve the Palestinian application for statehood. This is not only significant, but very welcomed news and underscores the fact that Palestinian statehood should not be decided by unilateral action by the U.N.

We have been speaking out about this issue for a long time. We have had legislative and legal teams working at the United Nations. The ACLJ, along with its international affiliates, also has been working on this issue abroad through our offices in France and Israel. More than 60,000 of you signed on to our petition urging the United States to take whatever action necessary – including a veto if needed – to oppose the creation of a Palestinian state through the United Nations.

Not only is this announcement today welcomed news, it sets the stage for a fresh start for what many hope will be a meaningful and lasting peace in the Middle East. The fact that there are not enough member nations that will vote to recognize a Palestinian state reiterates what most of the world understands – the pathway to statehood for the Palestinians must occur through negotiations with Israel, not unilateral action by the United Nations. The U.N. made the correct decision and it’s now time for the real peace negotiations to begin.

Today’s developments make one thing very clear: most member nations – not just the U.S. and Israel – do not have faith in the ability of the Palestinians to function as a State. With a divided government, including terrorist groups like Hamas vying for power, the best solution and most workable option really is what should have been taking place all along – sit-down with Israel and start working on meaningful negotiations – the only true pathway to peace.

Thanks for standing with us on this critical issue. I will keep you posted on additional developments. 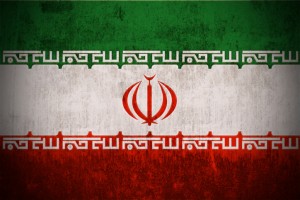