As we prepare our legal arguments to file with the Supreme Court in an amicus brief detailing why ObamaCare should be declared unconstitutional, it’s interesting to note posturing is already underway – not in the courtroom – but in the court of public opinion and in the halls of Congress.

In our amicus brief asking the high court to take the Florida challenge, as it did, we called ObamaCare and the issue of the individual mandate, which forces Americans to purchase health insurance, a “matter of national importance.”

A matter of national importance – certainly. And, one that Americans feel strong about.

Now, with oral arguments before the high court set for the spring, the posturing is in high gear, with organizations and lawmakers trying to figure out which scenario the high court might determine. How will all of this play out?

A report today claims the insurance industry, which supports the mandate, is “terrified” that the Supreme Court will strike the individual mandate as unconstitutional, but leave the rest of the health care law intact.

Even some Democrat lawmakers, who supported the President’s initiative, are nervous that the high court will declare the individual mandate and the entire law unconstitutional. “Of course I’m concerned,” said Sen. Sherrod Brown (D-Ohio).

But, what happens if the Supreme Court upholds ObamaCare as constitutional? Can a new president eliminate ObamaCare? FOX News turned to us for a legal analysis of that question. And, as Jordan correctly pointed out, a strategy could be put in place to essentially deconstruct ObamaCare.

The predictions on how the high court will rule are many. But our position is very clear: The Supreme Court should declare the entire law – including the individual mandate – unconstitutional.

We’re representing more than 100 members of Congress on our brief – and we want you to be a part of this historic challenge. In a little more than a week, nearly 100,000 Americans have now signed on to our amicus brief urging the Justices to reject this flawed measure.

There’s too much at stake for Americans to sit on the sidelines on this one. ObamaCare represents the largest expansion of abortion since Roe v. Wade. It’s a government-run boondoggle that will only put the government in more control of our lives – a move that is not only a recipe for disaster when it comes to providing health care, but a move that continues to erode our freedoms – our individual liberties. That’s exactly why it is so important for you to engage this issue now.

Yes, ObamaCare is certainly a matter of national importance. And if you haven’t done so already, please add your name to our Supreme Court brief – this is the time to make a difference. Add your name here. 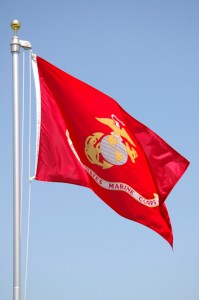