There was a problem with New York City Local Law #17 from the very start.

It singles out and targets pro-life advocates – crisis pregnancy centers – in New York City. The requirements are burdensome and, quite frankly, unconstitutional.

It forces crisis pregnancy centers to adopt and express views about abortion and contraception that they strongly disagree with. 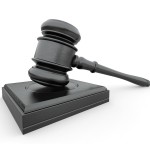 That’s why we filed a federal lawsuit challenging the law and went to court last month participating in oral arguments before the court to stop the enactment of this disturbing measure.

I’m extremely pleased to report that the court has granted our request for a preliminary injunction – blocking the implementation of this discriminatory law. This represents a significant victory. The opinion, issued by Judge William H. Pauley in U.S. District Court for the Southern District of New York, came on the eve of the law’s scheduled enactment.

What’s encouraging is that the court clearly understood that this measure is not only wrong, but violates the First Amendment rights of our clients. The court correctly concluded the law violates free speech saying the law’s “over-expansiveness is evident from its very language.”

The court was especially critical of the City’s desire to single-out crisis pregnancy centers with the new law. “Defendants’ second argument–that Plaintiffs engage in commercial speech because they are provided an audience to whom they can espouse their beliefs–is particularly offensive to free speech principles,” the court declared.  “While Defendants apparently regard an assembly of people as an economic commodity, this Court does not.  Under such a view, flyers for political rallies, religious literature promoting church attendance, or similar forms of expression would constitute commercial speech merely because they assemble listeners for the speaker.”

The opinion states: “This Court will not upend established free speech protections in service of Defendants’ overly broad definition of commercial speech.”  The court added:  “Local Law 17’s fundamental flaw is that … permits the Commission to classify a facility as a ‘pregnancy services center’ based solely on unspecified criteria.”

The complete opinion is posted here.

Our lawsuit contends that the ordinance violates the constitutionally protected rights to freedom of speech, freedom of assembly and association, freedom of the press, and due process of law, guaranteed to Plaintiffs by the First and Fourteenth Amendments to the U.S. Constitution, as well as the New York Constitution. The lawsuit is posted here.

Now that we’ve secured this important First Amendment victory through a preliminary injunction, our attention turns toward making this injunction permanent. Of course, the City of New York may decide to appeal this decision. And, if that’s the case, we will aggressively meet that challenge.

At the end of the day, though, we’re confident this troubling measure will never be enacted. And, with the issuance of this preliminary injunction, we took an important step toward ensuring that the constitutional rights of crisis pregnancy centers in New York City remain protected. 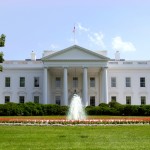