Israel’s Netanyahu: The Courage to Speak the Truth

That today from Israel Prime Minister Benjamin Netanyahu – in a speech before members of Congress.

He presented a realistic and sound plan for peace with the Palestinians, while underscoring what most Americans understand and believe – that a true and lasting peace for Israel must be grounded in security.

In a speech that was punctuated with 29 standing ovations, Netanyahu correctly proclaimed that Israel always reserves the right to defend itself.  And, while he restated his commitment to work for a lasting peace, he was very clear that there can be no negotiations with a Palestinian government that includes terrorists.

President Obama should take note. In what was billed as a major policy speech just days ago, President Obama continued to press Israel to negotiate with the Palestinian Authority and, subsequently, with the “unity government” the PA has formed with the terrorist group, Hamas.

Netanyahu today: “Hamas is not a partner for peace. Hamas remains committed to Israel’s destruction and terrorism. Their charter not only calls for the obliteration of Israel, it says kill the Jews everywhere you find them. Israel is prepared to sit-down today to negotiate with the Palestinian Authority, but will not negotiate with a Palestinian government backed by the Palestinian version of al-Qaeda.”  In an appeal to the Palestinian leader, Netanyahu urged: “I say to President Abbas:  Tear up your pact with Hamas, sit down and negotiate. Make peace with the Jewish state.”

Netanyahu responding today: “The Jewish people are not foreign occupiers.”

And, in his vision of a Middle East peace, President Obama called for a return to the 1967 borders, which would create a divided Jerusalem.

Netanyahu today: “Israel will not return to the indefensible boundaries of 1967. Jerusalem must never again be divided.”

It’s a must read: the transcript of Netanyahu’s remarks to Congress is posted here.

Reaction to his remarks from the Palestinian government was swift and predictable. Nabil Shaath, an aide to Palestinian President Abbas, said Netanyahu’s remarks “put more obstacles in the path of peace.” The speech was called “a declaration of war” against the Palestinians.

Israel is in the crosshairs – especially now, at a time when Hamas, Hezbollah, Iran, and others continue to call for the destruction, the annihilation of the Jews – those who want Israel wiped off the map.

“An epic battle is now under way in the Middle East between tyranny and freedom,” Netanyahu noted.

We must stand with our greatest ally in the Middle East. We must stand and support Israel – now more than ever. 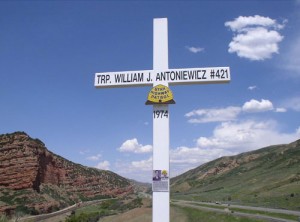 A Cross Case for the Supreme Court?
archives most recent
More from Beliefnet and our partners
previous posts