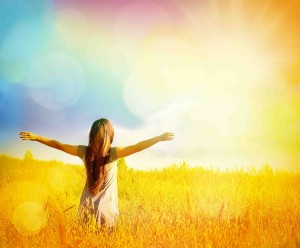 Michigan State University decided to tackle an interesting component of growing up.

According to our understanding now, self-fulfillment and purpose are extremely important to development and well-being at any age.

Of course, the sooner these two values are cemented, the happier the individual is. This MSU study went on to show that children that spend five to 10 hours outdoors each week report having a spiritual connection with the earth so much that they feel it’s their duty to protect it.

Some of the more specific comments go on to describe feelings of peacefulness, humility and a general sense that something greater created the natural world. Overall, they expressed happiness and a deep sense of belonging.

In addition to misspelled questionnaire answers and stick figure drawings, researchers measured the children’s appreciation of aesthetic values. Those that played outside the most found a deep gratitude for order, beauty and wonder.

The two heading up the project mixed up research methods, such as drawings, interviews, observation, diaries and conversations with parents, to study this among a group of 10 children aged seven to eight. Of the 10, seven were raised in a Christian home.

It was also noted that the parents with the strongest affinity toward nature and the highest spirituality spent a lot of time outside as children. Many of them even admitted those experiences had shaped their lives.

However, the big questions is—why nature?

There are no definite answers, but the majority of explanations expand upon the sights, sounds and colors; the uncertainty; its multi-sensory extravaganza; and, more than anything else, nature’s ability to make us feel alive. Because it is continually changing, nature forces us to learn problem-solving.

Technology, then, is the opposite of nature. More than any other generation, children are becoming addicted at earlier and earlier ages to the glow of the screen, severing their ties with nature and fulfillment.