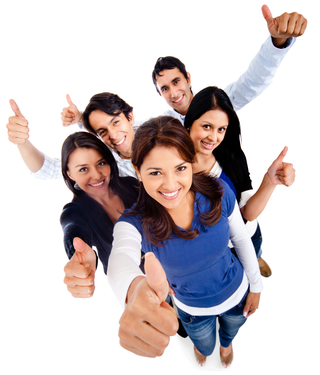 It turns out that emotions play an important role in physical health, according to a study released early April by the American Psychological Association.

According to their findings, both recognizing and giving thanks for every positive moment and aspect of your life improves the body both mentally and physically, as shown by patients with asymptomatic heart failure.

Typically associated to those with higher levels of spirituality, gratitude can be attributed to any number of things, including pets and a divine deity. Those in the study that acknowledged their blessings slept better, had better moods, were less tired and, more importantly, had lower levels of inflammatory bio-markers.

The study assessed 186 men and women who had been diagnosed with asymptomatic heart failure for no less than three months. This meant that though they had developed heart disease, they did not show heart failure symptoms. Because those at this stage can easily progress to symptomatic heart failure with a death rate five times higher, doctors recognize it as a crucial point to halt the disease entirely, hence the reason why finding any means of halting progression is important.

The study was performed by using psychological tests to grade spiritual well-being and gratitude levels. These were then compared to sleep quality, depressive symptom severity, self-efficacy, fatigue and inflammatory markers. The tests showed gratitude and spirituality supporting better scores all around.

The most surprising bit of evidence, however, was that spirituality was only partially correlated with healthier scores. In the end, it was gratitude that made the real difference.

Researchers studied this phenomenon further by asking some patients to keep a gratitude journal every day of the week for eight weeks. Those that did so showed a decrease in cardiac risk. It would seem that a mind less focused on a stressful situation would cause the body less stress, leading to an overall improvement in health.

Watch a dramatic example of these principles in action right here.

Meaning of Life? Here Are Five Better Questions
archives most recent
More from Beliefnet and our partners
previous posts

Lucid Dreamers are More Insightful, According to this Research

A lucid dream is not much different from a regular vivid dream, with one exception. In lucid dreams, the dreamer is fully aware they are sound asleep, having a dream and that none of it is real. Now, there is evidence that lucid dreamers are particularly insightful people. How does a person know they are […]