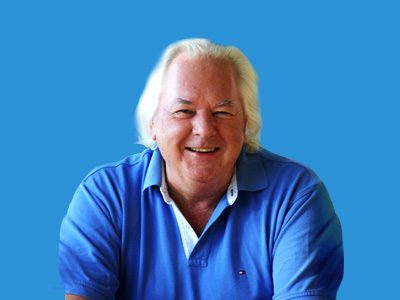 Robert Moss describes himself as a dream teacher, on a path for which there has been no career track in our culture. He is the creator of Active Dreaming, an original synthesis of dreamwork and shamanism. Born in Australia, he survived three near-death experiences in childhood. He leads popular seminars all over the world, including a three-year training for teachers of Active Dreaming. A former lecturer in ancient history at the Australian National University, he is a best-selling novelist, journalist and independent scholar. His nine books on dreaming, shamanism and imagination include Conscious Dreaming, Dreamways of the Iroquois, The Dreamer's Book of the Dead, The Three ""Only"" Things, The Secret History of Dreaming, Dreamgates, Active Dreaming and Dreaming the Soul Back Home: Shamanic Dreaming for Healing and Becoming Whole. His most recent book is The Boy Who Died and Came Back: Adventures of a Dream Archaeologist in the Multiverse.

Over the past 20 years, he has led seminars at the Esalen Institute, Kripalu, the Omega Institute, the New York Open Center, Bastyr University, John F. Kennedy University, Meriter Hospital, and many other centers and institutions. He has taught depth workshops in Active Dreaming in the UK, Australia, Canada, Costa Rica, France, the Netherlands, Denmark, Sweden, Lithuania, Latvia, Estonia, Romania, Brazil and Austria and leads a three-year training for teachers of Active Dreaming. He hosts the ""Way of the Dreamer"" radio show at www.healthylife.net.

He has appeared on many TV and radio shows, ranging from Charlie Rose and the Today show to Coast to Coast and the Diane Rehm show on NPR. His articles on dreaming have been published in media ranging from Parade to Shaman's Drum.

By Robert Moss
The fashion industry is an extremely competitive one and for many decades it has been dominated by fashion for women. Although men have had their fair share of the fashion industry, it is as though the last decade or two has delivered more for men than in the past. This year, the trend seems to…

How to Teach Kids to Be Generous

By Robert Moss
The society we live in keeps teaching us that being selfish is human nature as evolutionists say it is how the human race survived for this long. Contrary to this belief, scientists who study evolutionary sociology have proven that social behavior is what may have helped our ancestors survive in groups. Even though social behavior…

5 Tips for Creating the Perfect Space for Meditation

By Robert Moss
Recently, a lot of people have been forced to stay at home for longer periods. For some people, this was the greatest news ever and for others, the news was debilitating. The problem was not so much that they had to stay at home, but rather that the space that they lived in was not…

By Robert Moss
There are so many different religions in the world. You want to teach your children about your particular religion; after all, you believe that it is almost like a guiding light – a road map to behaving in a certain way.  It is not easy trying to raise your child to be religious. In societies…
back to index archives
search this blog
SUBSCRIBE:
More from Beliefnet and our partners