I Tried to Confront a Narcissist 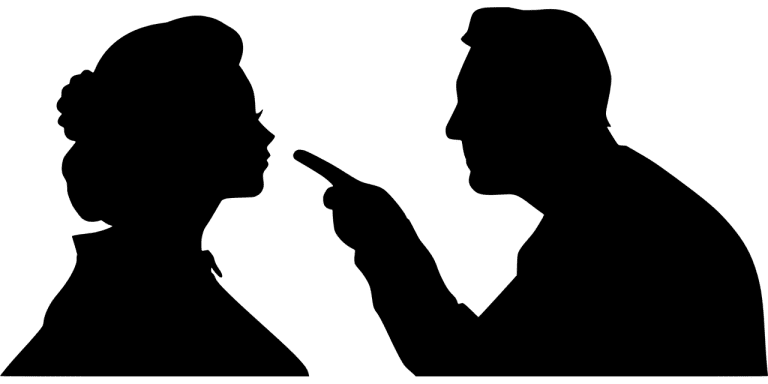 For years, Jennifer suspected she was married to a narcissist. Bound and determined to get her husband to listen to her, Jennifer confronted him on his selfish and uncaring behavior. It didn’t go well. When she told me, I felt bad for her because she didn’t know, confrontation doesn’t usually end with a good result. Most often, you leave the interaction feeling more frustrated and uneasy.

Why is this the case? One reason is because you’ve made yourself vulnerable and that simply feeds narcissistic behavior. During conflict, a narcissists will label themselves as victims and look for ways to prove their point. Usually this includes verbal attacks, devaluing you and pointing out your problematic behavior. The behavior you want from the confrontation- an apology, an indication that they play some role in conflict, and the acknowledgment of your point of view, will not happen. They lack empathy and will remain self-protective.

Because of this behavior, relationship are difficult. However, you still need to address issues. But when you do,  be prepared. The narcissist has blinders. They won’t concede you are right. This lack of taking responsibility makes it difficult to trust. Therefore, you need to see their behavior for what it is – constant deflection, projection, blame and gaslighting.

The best response during a conflict is to establish and enforce solid boundaries. Do not allow the person’s blame to take root. The narcissist has a problem in accepting responsibility. The trick is not to lash out when you hurt, as this becomes fertile ground for gaslighting. Instead, remain calm and factual.

But consider this, the narcissist is wounded too.

The narcissist has years of emotional pain or possible trauma covered up by defensive behavior. Now, this doesn’t excuse their behavior, but helps you understand it. Their greatest fear is that someone will find them inferior. Thus they detach, protect and try to soothe themselves. They fluctuate in their self-esteem and can swing from over valuing themselves to self derogration. Sadly, they blame others for their personal flaws. Anger is triggered by social rejection. Anyone who gives negative feedback is wrong, incompetent and they become hostile. And when their personal short-comings end in losing a job, a marriage or children, they become depressed. Furthermore, we often see an inability to forgive others, along with feelings of shame, guilt and envy at others’ successes.

Perhaps the most characteristic trait is the need to be admired and considered special by others. A narcissist ruminates about their social rank. And reality checks do not matter. The lying, self-focus, grandiosity, and self-gratification make any relationship difficult. Maintaining an image is what matters.

So keep yourself safe by enforcing boundaries. But do this in the spirit of love. I once heard a physician say to think of a narcissist like your grandfather who has dementia. You know he loves you, but might take a swing at you and you have to protect yourself. Maintain empathy, but continue to stand up for yourself without the expectation that the narcissist will support this. Don’t take the bait and fight with the person. Instead, find other people to help you emotionally. Continue to tell yourself, this is not about me. Be confident in who you are.

If separation is necessary to protect yourself and your children, you may need to take that time. You need to be safe. If the narcissist escalates to violence, that is never OK. You may need to see a therapist to help respond in ways that are loving but firm. The key is to learn not to get sucked in to thinking you are the sole problem.

Spiritual speaking, the core of narcissism is based on being selfish. According to James 4, selfish desires lead to quarrels and gives birth to sin. The attitude is the opposite of humility which requires surrender to God and giving up control. Self-esteem and worth are not gained by being admired, rather by being one of Christ’s.  Pray for the person’s eyes to be open, for them to repent for the ways they treat others, and get help. Pray for shame to be removed and the roots of the self-centered behavior to be healed. While this personality disorder is developed through years of patterned behavior, it can still be turned around. Humility to see the need for help is critical.

A Sexless Marriage? Could It Be This?

I am always surprised when a couple tells me they haven’t had sex in a year. This is not normal or healthy for any married relationship. However, there are times when sex is put on the back burner. This is often due to an underlying issue with one or both partners. Here are 10 reasons […]