How Can An Empath Deflect Negative Energy

How can an empath deflect negative energy? Energy currents surround everything in the world. These energies are either negative or positive, and they really do affect you. We’ve all known that emotional heavy feeling like you’re walking through mud. Or, being drained of every last bit of energy for no reason except that you were talking to someone negative.  You might even have physical symptoms like a headache or stomach pains. After a few hours or even a day, such a feeling can go away on its own. But if you’re an empath, negative energy tends to stick to you like glue for a longer period of time, and its always affects you in deeper ways.

Ways for an empath to deflect negative energy

There’s lots of advice on how an empath can deflect negative energy. Solutions can range from a simple response to an elaborate ritual. Most empaths I know like to keep it simple and cheap. Here’s some solutions I’ve come across over the years. Remember, not all solutions work for everyone. If you try something and it give a bit of a result, try tailoring it to your needs. Energy work is always personalized, so don’t give up.

The simplest and easiest way to deflect negative energy if you’re an empath is to leave the situation. Staying in a negative situation is akin to dipping a teabag into hot water and letting it soak. Eventually, the teabag looses all its essence and becomes a saggy, blotted bag.

If an empath stays in a negative situation for too long, negative energy will stick to the aura and bog down any positive energy. Negative thought forms will affect the person’s self talk. For empaths, the ability to “feel” emotional states and know what someone is thinking is largely because of the innate ability to mimic emotions and behaviour. It’s a good ability to have, because it lets an empath know what others might do before they do it. In a negative situation, there’s a real emotional danger to the empath. Too much negativity will affect the empath’s self talk and mental well being. Leaving the situation, if possible, is the best and simplest course of action.

Recognize what is your energy and what is someone else’s energy.

This is important. We all get tangled up in each other’s energies. An empath more so. It’s important that an empath disentangle from other people’s energies. Recognizing what is your energy and what is someone else’s energy takes practice and mindfulness.

Don’t take someone’s drama into your psyche. Be aware of what is your issue and what is someone else’s issue. If you are afraid of being abandoned in a relationship, don’t get that mixed in with what your friend tells you are her fears about being dumped by her boyfriend. That relationship is based on many different things. While it might resemble some parts of a past drama you lived through, it is not the same thing! Don’t bring that energy into your being. It’s her drama. Don’t fight a battle that isn’t yours.

Have a way to wash away or protect yourself from the negative energy.

If you can’t just leave the situation, you’ll have to protect yourself from the negativity. Mindfulness is a great tool, but it can be difficult to stay focused on positive things. So you’ll have to do an energy cleanse or a protection ritual.

Imagine a white light washing over yourself, cleaning you and taking away all negative energies. You can imagine the white light staying around your being like a shield protecting you. Another way to wash away negativity is by bathing in epsom salts, or taking a warm shower. Running water has been used throughout the centuries to wash away impurities and restore balance to energy field.

All these methods of deflecting negative energy are simple and cheap. Of course, there are many more ways to keep negative energy out of your field. But try these for starters and keep them as basic tools in your psychic toolbox. 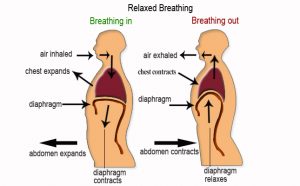 Five Ways You Can Stay Positive

Trying to stay positive is not just about keeping an upbeat attitude about life. It’s about putting your mind into a completely different state. When life is throwing dirt at you, you can’t always avoid being hit. Being positive means developing a new skill set for dealing with negative people and situations. The more you […]