Be A Depression Stigma Fighter 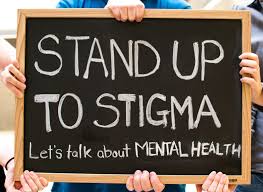 Stigma in depression is used to portray someone in a negative stereotypic way.

People have always been afraid of what they can’t understand. Mental health has historically been a charged issue. Prehistoric people didn’t understand how the brain functioned, so anything weird or odd about someone meant they were possessed by supernatural forces, had bad fluids in their system, or had eaten something that made them crazy. In fact, the words crazy or insane were used to describe people who simply were different, people who were maybe bipolar or even psychic.

If you happened to be a shaman or seer, you might get away with anxiety, depression, or bipolar disorder only because you could provide some valuable insight to those in power. However, having psychic abilities was always risky. The infamous witch hunts and trials of Europe were fuelled by fear and hatred of anyone who was smart or psychically talented.

Throughout the ages, anything that pointed you out as mentally different from your neighbours or family members was not good. You were either incarcerated in mental asylums or locked away in some hidden room in your family’s house. Or you had holes bored into your skull to relieve you of the bad spirits.

Depression Stigma is dangerous and hurts.

Stigma is dangerous and hurts in any situation. When it comes to mental health, stigma can be deadly. Not everyone who is depressed will choose suicide, but those who choose suicide are all depressed.

Many people are afraid of talking about depression, anxiety, or mood disorders because of the stigma. In parts of the world, people who admit to being depressed will be shunned by family. They will be abandoned, thrown out of the house, or even threatened with physical violence.

Men in particular have a tough time with depression. Stigma means that a man has to ‘suck it up’ when it comes to being depressed. You have to go to work, support the family, be the man for the wife and kids, and never ever have a sick day. Emotions are a weakness. Crying is forbidden. Talking about how you feel with the guys is weird. Feeling tired all the time just means you need to get more sleep. If you sleep lots, then you’re lazy.

At work, if you’re depressed and get time off to go see a psychiatrist, the rumour mill will have it that you’re mentally ill. Technically you are mentally unwell, but stigma puts a cruel twist on the words. People will avoid you. Work projects will taper off. The company might not fire you, but they will make it very unpleasant for you to continue working with them.

Depression stigma is rejection of you as a person.

And that hurts. I used to wish I had cancer or some disease instead of depression, because at least then I would have sympathy. Instead, I used to be called lazy, crazy, or useless. I was expected to be the same person I was before. But I couldn’t be that person, because I was in so much pain and despair. Friends and family said I wanted attention. When I got help, I was being hysterical about my symptoms. When I stopped asking for help, and tried suicide, I was called a drama queen because I survived. Yeah, figure that one out.

There’s no place for stigma when it comes to mental health.

There shouldn’t be any stigma about asking for or getting help when it comes to mental health. We should all be #StigmaFighters and challenge those whose thinking and attitudes hold back those needing help. Society has to move forward. Create change in mental health. Help future generations be able to talk about mental health like we do today about dental health. 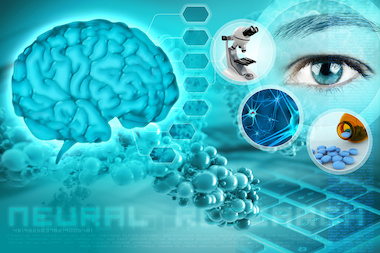