Trying To Explain Why You Attempted Suicide 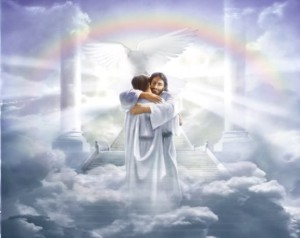 Trying to explain why you attempted suicide is one of the hardest things you may do. You can’t really explain your actions, except that you were in so much pain. So you endure the new onslaught of negativity. You were selfish. You were a coward. You didn’t want to take responsibility for your life. You also endure the hospitalization, the changes in medication, and the stigma.

The reason you attempted to kill yourself

The reason you attempted to kill yourself will never make sense to anyone except yourself or someone else who has been down that lonely road. A ‘normal’ person will look at your situation and tell you that you had options. Yeah, those options are usually pretty good ones. Ones that you would probably have thought of yourself or maybe even considered at one point. A normal person will also point out to you, not always in a kind way, that you didn’t try hard enough to make one of those options work. Or worse, that you are a coward for running away from your life.

Whatever your reason for trying to end your life, don’t be afraid to share it with someone you trust or a medical professional.

If that trusted someone actually has read up on depression or knows what its about, the person will support and help you move forward. If you can’t bring yourself to talk to your family or friends about what you tried to do, don’t feel guilty, ashamed, or embarrassed. Staying quiet and not sharing your story might be the best thing at this point in time. After all, your family and friends never expected to loose you. Their heads might not be in a good space, certainly not in one to listen to your reason and hear about your pain that is indeed very real.

Suicide isn’t an easy choice. It’s one that is made in a moment of utter, excruciating pain. Let’s not kid ourselves. That pain is real. You feel it in every cell of your body. Your bones feel like they’ve turned to dust. Emotionally, the pain feels unendurable. You couldn’t last another second if you tried.

You know you want to end the pain. So you choose to end your life. But then there’s the question of how? I won’t talk about the methods. But I will say that when a person chooses the method, it is usually something that is quick,easy, and hopefully painless. Unfortunately, it never ever is painless.

In every choice of method, there is a small escape clause, put in there by the depressed person. Just in case there’s a change of heart, of wanting to end it. Or in case the attempted suicide is more of a cry for help than an actual acceptance of one’s death. That’s a good sign. It’s a sign that all hope isn’t lost.

The stigma is almost as painful as the attempted suicide

If you attempt suicide, you’re thinking this is it. I’ll be free. However, the chances of successfully killing yourself are against you. Statistically, there are 25 attempts for every successful one. That means, your first suicide attempt probably won’t kill you. It may be interrupted. It may not work at all. You might change your mind halfway through. Or it is a botched job and you end up hospitalized as a comatose patient.

The stigma faced after a suicide attempt can be overwhelming. There’s such pressure to get back to normal, people around the person try to ignore or forget the attempted suicide. Other people may be so alarmed or upset by the episode, that they choose to cut all ties with the person. This only isolates the depressed person more and makes recovery that much more difficult. An even worse after effect is the negative remarks by some who really don’t get what depression is about. These people may make comments like, “Why didn’t you get the job done? Why are you still here? You were just a coward.” People who are like this should be kept away from the survivor.

If you survive a suicide attempt, you’d think that you might never again attempt suicide. Statistically, that’s not correct. After the first attempted suicide, a person will try to reattempt suicide within a few months. This is scary both to you and your family and friends. What is really needed after a suicide attempt is continuous monitoring and consultation with a mental health professional.

Don’t feel ashamed or embarrassed if you survive a suicide attempt. Feel proud that you’ve made it past a poor choice. Be proud that you lived past a point of such extreme pain, that your inner strength and soul was stronger than the darkness. You are a warrior. A fighter. Stay strong and don’t give up.