A Christian Reflection on Suicide 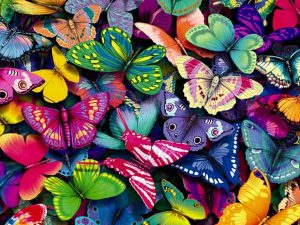 Now that Christmas and New Year’s is over, many suicide survivors are breathing a sigh of relief. That’s because holidays are a time when the loss of a loved one to suicide is painfully put in your face. Everyone is gathered together – family, friends, loved ones – except there’s one person missing. That special someone who took his or her own life.

A suicide survivor has to come to terms with the fact that the reason for the suicide will never be understood. Depression can be fatal. A dear friend of mine lost her son seven years ago to suicide. She posted the following note on Facebook. It’s a Christian reflection on suicide by Father Charles Rubey.

A Christian Reflection on Suicide

Suicide will never make sense and survivors will always long for their loved ones but survivors can have their eyes opened more if they learn something about mental illness and come to the conclusion that this illness can be fatal.

As we begin a new year, the holidays are over and survivors of a completed suicide breathe a collective sigh of relief. The holidays very often are a very painful time. There are no more holiday gatherings where there is an aura of gaiety. Survivors no longer have to put on the happy face while inside there is a broken and heavy heart. Attending many of these gatherings is done under duress and not wanting to hurt the feelings of family and friends. The invitations are sent hoping that survivors will attend but there is understanding if the survivors just can’t get to the gathering. These understanding people are real gifts to the survivor. There is not the pressure or expectation that the invitation will be accepted and attendance is expected.

Not understanding the pain

One of the most vexing issues that survivors grapple with is the lack of understanding of the pain that their loved one was experiencing at the time of their death. No one can quite understand such pain unless they themselves have gone through the agonizing experience of unrelenting mental anguish. This pain literally was more than the person is able to bear. Years ago a grieving parent asked me what his daughter was thinking about as she walked across the parking lot to her garage where she turned on the car and died from carbon monoxide poisoning. I had the idea that this parent was expecting to hear that his child was thinking about the parents and other members of the family who were going to miss this person after they died.

My response to this parent was that this much-loved child was thinking that soon the pain would be over. During the final hours or days of this tortured person’s life, all that they could feel was the unending pain of their mind and soul. The pain could no longer be borne and suicide was the only answer. That is a very difficult concept for many of us to understand because many of us have never been in that desperate state.

I knew a young woman who suffered from mental illness and during one of her bouts of depression, she was lying on the floor writhing in pain and just kept repeating that she just wanted to die. She was not acting or looking for attention or being overly dramatic. She wanted some relief from this inexorable pain. The pain would not stop. Her mind and her soul were breaking up and she was at a breaking point. There was no letting up of the pain. It just kept pounding at her and she was nearing a breaking point. She was very close to reaching the breaking point and if she could have she would have taken her life just to be rid of the pain.

It’s a decision, not a choice

People who complete suicide, cross over that bridge and are relieved of their pain. It is not something that they choose to do because choice connotes an either/or situation. This is rather a decision that they make. There is no other option except suicide because no other intervention is going to work. In their desperate state suicide makes all of the sense in the world. For those of us who look at the world through relatively healthy eyes, suicide never makes sense but for those people who are looking at the world through the jaundiced eyes of severe mental illness, suicide makes all of the sense in the world.

Survivors are tortured with the fact that maybe if their loved one had held on for another five minutes or another day the pain would have been diminished. That precious life would have been saved and the survivor would have been spared the pain of grief. That is very true but for these sick souls one minute seems like an eternity because the pain cannot be borne for another nanosecond. That might not make sense to survivors but it is the truth from the eyes of people who have experienced the horrors of mental illness.

No one knows why people keep pain to themselves

Many survivors do not know how long their loved ones have been suffering from this illness. It could be months or years or days. These loved ones suffered in silence or maybe were too confused about what was going on within their minds and souls. Maybe they were too embarrassed to bear their souls to their loved ones for fear that they would be misunderstood. No one knows the answer as to why people keep their pain to themselves and no one knows if the outcome would have been different if their loved one had shared the desperation that they were feeling at this time.

As with any illness there are degrees of severity and some forms of mental illness are more lethal than others. Some forms of mental illness have greater incidents of suicide than others. There are millions of people in our country who are walking around with some form of mental illness and not all of them complete suicide. Why did this loved one take their life and not some other loved one? That is a question that needs to be answered. That is one of the mysteries that is being grappled with somewhere. We can only hope that it is answered soon. All survivors would love to have other potential survivors spared the pain that survivors experience as they journey this path.

As always, I want to assure each and every member of the LOSS family of my thoughts and prayers on a daily basis during my quiet time and I encourage you to do the same for each other –especially for those survivors who have recently joined our family.

Rev. Charles T. Rubey is the Founder and Director of Loving Outreach to Survivors of Suicide (LOSS) a non-denominational program offered by Catholic Charities of the Archdiocese of Chicago.