Complicated Grief, Because Grieving Is Messy 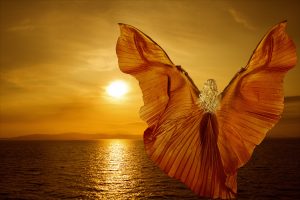 Can’t seem to stop grieving? That’s complicated grief. And it’s okay, because grieving is supposed to be messy.

I lost two loved ones in a short period of time. I was the guardian of one, and had to make the choice to “pull the plug” on her life support system. My mourning became complicated. It spun my life around. Sent me into a downward spiral of despair, guilt, and pain until I became suicidal.

Complicated grief disorder (CGD) is when a person is significantly and functionally impaired by prolonged grief symptoms for at least one month after six months of bereavement. Painful emotions are so long lasting and severe that you have trouble accepting the loss and resuming your own life.

Complicated grief isn’t normal grief. Normal grief goes through stages. Complicated grief bogs you down at one point in that process. Which shouldn’t be a problem because long ago, before death became a sterilized event, it was okay to get bogged down. It was okay because at some point, when you were ready, you’d move forward.

The natural way to grieve

The natural way to grieve – which is totally and completely appropriate – is to kick, scream, tear pillows, break objects, and even foam at the mouth. Anger. It’s the healing response of your body to a huge emotional loss. And you do this until your mind and emotions calm down. However long that takes.

But instead of letting your body release your emotions, you’re encouraged and advised by others to “suck it up”, or it’s only okay to grieve for 365 days. You’re given pills to keep you calm. Sedatives so you don’t feel your pain. But the pain remains. In fact, it grows stronger because you can’t deal with it the way it naturally was meant to be dealt with.

Grief has become the enemy

In a lot of ways, grief has become the enemy of the modern times. When someone dies, you’re encouraged to be dignified at the funeral. To show courage, not tears. To be a model of strength, not a quivering heap of jello. You’re told to get over the loss and get back to living as quick as possible. Usually three days or less because your job might be at risk, or you have to get back to school. Whatever. There is no time to grieve.

Death is cleaned up. The corpse is handled by the nurses, coroner, and funeral home before you even get to see your loved one again. Makeup is applied, even for a male corpse. The bold lipstick on your loved one’s lips looking odd against his or her dead pallor.

We tell ourselves “no parent should have to bury their child”, but for centuries, half of all children died before they were 12 years old. Parents buried a lot of their children. Multiple losses were normal back in those days. Life was hard. Women died in childbirth. Men died young, either from work related accidents or from the toil of their hard lives. Batches of people died during influenzas. Grieving multiple losses for a long period of time was okay. You were allowed to grieve for years, maybe even your entire lifetime. No one blamed you. No one told you to hurry up and stop grieving.

Why are we pushing people to stop grieving when they aren’t ready?

Grief isn’t a nasty bad experience to be avoided. Grief is a natural part of the human experience. Because everyone dies. Even if your consciousness is put inside an android body, your human body is gone. It’s dead. And your soul, your consciousness, might not even be you.

Grief is necessary to grow as a person. You learn about yourself when you grieve. You discover limitations, strengths, and new ways of looking at the world. You create a new life because there is no way of getting back to your old life. No how, no way. Not even with time travel, because once you experience the death of a loved one, your thinking changes. How you see the world, how you relate to others, it’s all different.

So instead of muzzling grief, and shortening the grieving period, let’s embrace grief. Let’s get to know death and the rituals meant to comfort people. Let’s become comfortable again with the idea that every being born dies.