Supporting Someone with a Mental Disorder

Educating yourself will give you a better understanding of what the person is going through, and it will show that you care. But do not diagnose. Provide practical information to help that person further understand and learn more about mental disorders.

Encourage Them to Seek Help From Their Doctor

A family doctor is a good place to start to get the proper diagnosis and treatment.

Be Understanding, Encouraging and a Sympathetic Listener

Allow them to express their feelings. Let them know that you are there if they need a sympathetic ear, encouragement or assistance. Remind that person that you care and that you’ll do whatever you can to help, but supporting someone with a mental disorder can be emotionally draining, so it’s important to look after your own mental well-being.

Breaking the Silence and Ending the Stigma

Statistics have shown that only 1 out of 4 people afflicted with a mental disorder will seek help. Stigma played a clear role. Of those who had untreated disorders, more than half said they were too embarrassed to seek help. Slowly the picture is changing. Canadians are increasingly choosing to seek help, usually when there is a media awareness campaign.

A Call to Action on Mental Health

Mental illness is just that; an illness, yet there is a reluctance to talk about it like other illnesses, leaving the mentally ill to suffer in silence. We need governments at all levels, as well as organizations, churches and individuals to lead the call to action. While there has been some progress, having a mental disorder can cause discrimination based on fear, misunderstanding or just plain ignorance.

We can all play a part in breaking the silence and ending the stigma about mental illness, so that everyone can get the treatment they need without fear of discrimination. Let’s keep talking and let’s keep this call to action initiative going to help save lives.

Thanks to Wade Sorochan (Positive Action For Total Health) for his excerpt from P.A.T.H. – A Practical Guide to Mental Health Awareness 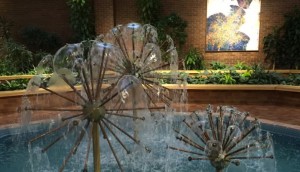 What Are We Missing?
archives most recent
More from Beliefnet and our partners
previous posts