Dwayne “The Rock” Johnson And Depression 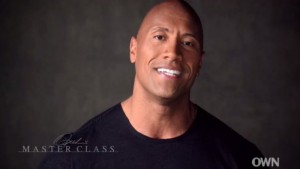 “Have faith that on the other side of your pain is something good.” Dwayne (The Rock) Johnson

That’s the inspiring message Dwayne “The Rock” Johnson hopes anyone battling with depression remembers in their dark moments. The Rock shared his private battle with depression to encourage others, that no matter how hopeless you believe things are, there is a light at the end of the tunnel waiting for you.

“I found that, with depression, one of the most important things you could realize is that you’re not alone,” Johnson said on the OWN network’s “Oprah’s Master Class” series. “You’re not the first to go through it; you’re not going to be the last to go through it … I wish I had someone at that time who could just pull me aside and [say], ‘Hey, it’s gonna be OK. It’ll be OK. (Huffington Post, 11.18.2015)

The Rock’s struggles with depression started in his early 20’s. After being rejected by the NFL and then cut from the Calgary Stampeders, Dwayne Johnson slid into depression. Dwayne was living in a two-bedroom apartment with three of his teammates, sleeping on a filthy mattress found on the street.

“There was no injury,” The Rock recalls. “It’s just, ‘That’s it. You’re not good enough.’ That was very sobering.”At 23, Dwayne moved into his parents’ apartment, unsure about his future.

Dwayne Johnson felt so despairing he split from his girlfriend Dany Garcia, who eventually became his wife and manager. “The dreams I had, they were dashed. There is no more football. My relationship was crushed. That was my absolute worst time.” (US Weekly)

“You just feel like you’re alone. You feel like it’s only you. You’re in your bubble.” Dwayne Johnson remembers. “I didn’t want to do a thing,” he explains of his then mental state. “I didn’t want to go anywhere. I was crying constantly. Eventually you reach a point where you are all cried out.”

The Rock Claws His Way Out Of Depression

Dwayne Johnson decided he wanted to be a pro wrestler, like his dad had been. Dwayne’s dad was not enthused by his son’s decision. Dwayne remembers his father saying, “It is the worst mistake you will ever make. You’re ruining your career.”

Despite that, Dwayne Johnson dedicated himself to wrestling and with his dad’s guidance, became one of WWE’s greatest stars.

Depression is still a tough emotional topic for Johnson, but he wants to share his lesson with people. He also hopes people who are depressed remember this:

“Hold on to that fundamental quality of faith. Have faith that on the other side of your pain is something good.”

“I grew up where, when a door closed, a window didn’t open,” he said. “The only thing I had was cracks. I’d do everything to get through those cracks—scratch, claw, bite, push, bleed. Now the opportunity is here. The door is wide open and it’s as big as a garage.” 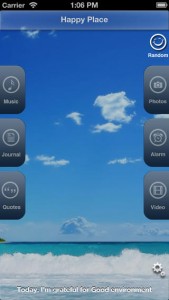