A consistent exercise routine has been proven to have many health benefits such as reduced risk of heart conditions, stress, lowering cholesterol levels, building stronger bones, and help with weight loss. A recent study shows that exercising regularly not only played a role in mental and physical health, it also improves happiness 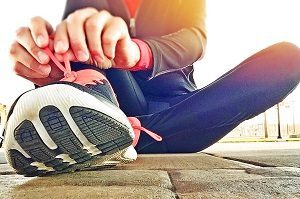 Participants in the study were asked to rate their mental health based on how many days in the past 30 days they considered to be “not good.” They were also asked how often they participated in physical activities or exercise, and what those activities were. Researchers used parameters such as age, race, gender, income, reported physical health, and previous depression diagnosis to examine the effects of exercise.

With depression being the “leading cause of disability worldwide, there is an urgent need to find ways to improve mental health through population health campaigns,” said Adam Chekroud, PhD, Assistant Professor of Psychiatry and the study’s senior author. Regular exercise has been proven to have a positive chemical effect on the brain by reducing stress and anxiety. This, in result, creates a lasting positive effect on the brain and body. Endorphins, also known as “feel good hormones,” are released when exercising.  Endorphins act as analgesics, or pain relievers, and trigger a positive feeling in the body. The study also reported that specific types of exercises, duration’s, and frequencies might be more effective targets than others for reducing bad mental health.

Although exercising more doesn’t guarantee more happiness; the study suggests that exercising for 45 minutes, three to five times a week had greater benefits. Your mental well-being is increased through building consistent routines and you will notice an improvement in your mood.

Some people say that we need God the most in times of darkness. No one knows this more than actress Jamie Lynn Spears. She credits God for saving her daughter’s life and helping her navigate her mental health struggles. During an interview on “Good Morning America” about her new memoir Things I Should Have Said, […]

If you're vaccinated and responsible but got a breakthrough infection thanks to the omicron variant, this is for you.

One-fifth of American Christians are experiencing loneliness, as well as a third of other Americans.

5 Ways to Deepen and Spread Gratitude this Thanksgiving

Having arrived in the US 13 years ago from Mexico, the all-American holiday of Thanksgiving— is still a relatively new tradition for me.  And yet, it has become one of my absolute favorites.Although in recent years Americans have been divided over how best to honor and portray the holiday’s controversial origins, I believe we must […]