Research has already shown that running is an activity that can help our overall health, but how much do we have to run to gain the benefits?

Researchers from Australia, Austria, Finland, and Thailand performed a comprehensive analysis of available evidence and found that any amount of running is linked to a significantly lower risk of death from any cause. Their results were published online in the “British Journal of Sports Medicine”.

The systematic review included 14 studies that involved a total of 232,149 participants. The studies followed up the health outcomes of the participants for periods that ranged between 5.5 years and 35 years. Over the study periods, 25,951 participants died.

Even small stints of running, which was defined as going out for a jog just once every one to two weeks for less than 50 minutes at a slow average speed of less than 6 miles per hour, was found to increase health and offer longevity. The research team says their findings point to some light running as a great fitness option for people who may not have enough time most days to get in a full workout.

The researchers caution that their investigation was observational and did not aim to establish cause. Moreover, they note that the studies that they looked at all varied in their methodology and cohort size, which may have affected the final results. They remained confident though that generally speaking, running seems to help health.

If more people all over the world incorporated just a little bit of running into their day-to-day lives, the study’s authors believe the global population would see great improvements in both overall health and longevity.

The researchers say they were motivated to perform the study because of a number of unknowns that still remained in reference to running’s health benefits. For example, it was never clear just how effective running is at preventing cardiovascular disease or cancer, or for that matter, exactly how much running an individual must participate in to reap such benefits. 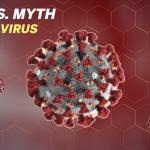 The American Cancer Society (ACS) recently updated its guidelines on preventing cancer, and its recommendations offer few surprises. Basically, current research confirms what we’ve known for decades— a healthy lifestyle (at least moderate amounts of exercise and a nutritious diet) is cancer-protective. When it comes to eating, the ACS recommends ditching sugar-sweetened beverages, highly processed […]