Hunched Backs and Double Eyelids? Scientists Have Imagined How Humans May Look in 2100 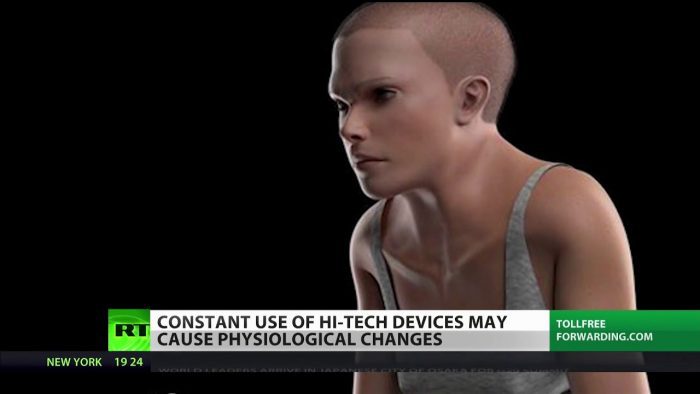 Scientists are examining how humans may look in the future due to more time spent using technology. They believe that the human body will change drastically.

We know that technology can negatively impact the human body – carpal tunnel syndrome and eye strain are just a few effects of long technology use. So it may come as no surprise that technology could have even longer term effects.

A 3D model of a future human they called “Mindy” was created displaying what people living in 2100 may look like. These humans could have hunched backs from hours of sitting over computers and looking at their phones.

Mindy also had other dramatic features including bigger neck muscles to compensate for her poor posture, a thicker skill to protect from radiation and a smaller brain from a largely sedentary lifestyle.

Another interesting belief? These scientists believe humans in fewer than 100 years may even have claw-like hands from gripping their phones. Mindy’s elbow is bent to 90 degrees due to long periods with her smartphone.

The final physical change that seems the most bizarre – she has a second set of eyelids to filter out excessive light emitted from technology devices.

“Technology gives us convenience, connectivity, entertainment, and so much more – but there is a trade-off,” said Jason O’Brien, COO of TollFreeForwarding.com, which commissioned the model.

“Overexposure to technology can sometimes come to the detriment of our health.”

“While the benefits of technology to individuals and businesses are too great to ignore, it’s worth evaluating your usage to ensure your health isn’t being damaged in the long-term.”

The Mindy model does seem extreme but it does show an interesting representation of growing research on the topic.

What do you think humans will look like in the future? Do you think technology will have such a large impact on the human form? 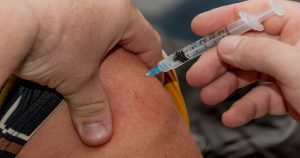