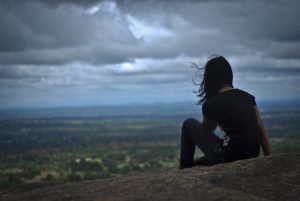 Everyone has heard that the tragic end to a relationship can break your heart, but a recent study in Europe has suggested that loneliness can stop your heart. According to a team of Danish researchers, people who are lonely have twice the mortality risk as those who have strong social support systems. The study also revealed that lonely people are not just at risk for physical ailments. People who feel lonely are three times more likely to struggle with anxiety and depression and generally have a lower quality of life. This is perhaps unsurprising given that isolation is a large risk factor for mental illnesses such as depression, but the link between a heightened risk of death from cardiovascular disease and loneliness is new.

The study was presented at the European Society of Cardiology’s annual nursing conference, EuroHeart 2018. The research dealt with data gathered from more than 13,400 patients who suffered from ischaemic heart disease, arrhythmia, heart failure or heart valve disease as well as responses to survey questions about a person’s social support. The survey was given to the patients of five heart centers in Denmark between April 2013 and April 2014. The survey asked participants about their physical and mental health. It also inquired about the patients’ levels of social support. Participants were asked questions such as, “Do you have someone to talk to when you need it?” and “Do you feel alone sometimes even though you want to be with someone?”

The results of the data support what had been seen in similar studies done in the past. “Previous research has shown that loneliness and social isolation are linked with coronary heart disease and stroke, but this has not been investigated in patients with different types of cardiovascular disease,” said Anne Vinggaard Christensen, a PhD student at Copenhagen University Hospital in Denmark and the lead author of the study.

The study is timely as loneliness has been described as an “epidemic” across multiple countries on several continents and as suicide rates climb across the developed world. “Loneliness is more common today than ever before, and more people live alone,” Christensen said. “[And] loneliness is a strong predictor of premature death, worse mental health, and lower quality of life in patients with cardiovascular disease, and a much stronger predictor than living alone, in both men and women.”

Sadly, there is no hard and fast cure for this epidemic, but other research has shown that decreasing the time spent on written communication such as social media and texting and increasing the amount of time a person spends engaging in face to face encounters can help somewhat. What this means then for an increasingly digital world is unclear. Will loneliness be the epidemic that outsmarts modern medicine or is there a revival in authentic connection on the horizon?