Last year, Netflix captivated viewers with it’s series 13 Reasons Why. It followed a heart-wrenching story of Hannah Baker, who retraces the steps leading up to her suicide and letting her classmates know how much they caused it. The show tackled the sensitive issues of suicide in a transparent and sometimes gruesome way.

While many fans were incredibly thrilled with the series, it came with a lot of controversy. Within days of the series release the show was loudly criticized by suicide-prevention experts who feared a suicide-contagion effect or copycat attempts.

Further uproar about the show has increased recently, due to the American Family Association, a conservative Christian organization, asking the video streaming giant to pull the series. They began a petition which has over 55,000 signatures. The second season of the show is rumored to be streaming soon.

“This is not a partisan issue, not a conservative issue, but an issue of what we’re putting in front of our teens,” said Walker Wildmon, assistant to AFA President Tim Wildmon, his father.

Bright wasn’t the only teen to commit suicide after watching the show. The AFA letter continues by saying “Bella Herndon and Priscilla Chiu, both 15-year-olds from California, also took their own lives just days after watching Hannah Baker kill herself.”

Wildmon later stated the the campaign to stop the series was an informal effort but wanted to do it to create awareness. He said the series is “a very dark show, but it’s dark towards our teenagers. It targets them, it’s very dark, it glorifies suicide. We’re trying to inform adults you need to keep an eye on what your kids are watching.”

Bright’s family has also spoken out against the show, and have been working with the AFA.

“To portray suicide first of all as an option is not a good thing,” Mother Patrice Bright said in the video that the AFA released. “To portray it graphically where you can actually see and get that image in your head, it leaves you vulnerable to the enemy’s attack, which I think it definitely did for our daughter.”

Anna’s dad, a former pastor, revealed that despite being raised in a God-centered house, she could not escape the dark battle inside her.

Netflix didn’t respond to the AFA, however has spoken out about the show in the past. Previously, the company said it would add cautionary messages and post-show resources for viewers.

One of the show’s editors and writers, Nic Sheff, defended the straightforward way the show depicts suicide. Once suicidal himself, Sheff said he survived because he heard a graphic story of suicide that repelled him. He wrote in Vanity Fair last year: “Facing these issues head-on — talking about them, being open about them —will always be our best defense against losing another life.”

Without doubt, for some viewers the show can be very troubling. The target audience of the show is mainly teenagers, and those who relate to Hannah could certainly choose to handle their own situations the same way the fictional character handles hers. This can make the show risky to watch.

The question is if the series does it’s due diligence to keep that risk to a minimum. However there is not good answer to that, because there is no correct way to tackle such a heavy issue. Until then, parents need to be aware of what their teens are watching and create open dialog about their mental health.

“If you are struggling with these issues yourself,” Alisha Boe who plays Jessica Davis said, “this series may not be right for you, or you may want to watch it with a trusted adult.” 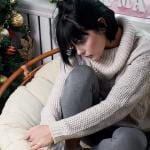 What To Do When You Need To Get Unstuck

Let’s take a look at some ideas that can help you jump start your relationship, your life, or both, out of being stuck.

A new study by the American Heart Association says positive mental health and generally staying optimistic about life can reduce a person’s chances of developing heart disease. The expression “healthy mind, healthy body” might have some scientific backing. “A person’s mind, heart and body are all interconnected and interdependent in what can be termed ‘the […]