The Fishes with Wishes: Pisces Power! 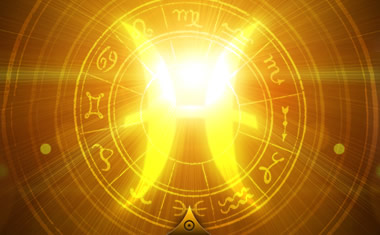 Until recently, I had almost no Pisces friends. I’ve never dated a Pisces, either, unless you count that one fella I got into an argument with on the very first date. Hmmmm…

I always thought Pisces must be an incompatible match for my particular brand of Gemini. But guess what? I’ve made three — count ’em THREE — Pisces friends in the last year who are amazing me with their Pisces’ power!

Pisces is the most compassionate sign of the zodiac, known for being dreamy and sensitive, with active imaginations. Some people think of this as a lazy sign, and that all you do during Pisces season is lie around and dream.

But resting and dreaming are quite different from being lazy, now aren’t they?

This month, with the Sun is in Pisces from Feb. 18 until March 20, is our chance to rest up before we being a new astrological cycle at the Spring Equinox. It’s important to take care of ourselves, and Pisces empowers us to nourish our souls and regain strength before we begin again.

It’s normal to feel more spiritual during this time, and it’s easier to tap into your intuition. So rather than thinking of this as a lazy time, think of it as a powerful period to take care of yourself and others who need a tender Pisces touch.

Learn more about the Sun in Pisces at Tarot.com »

Solar Eclipse: On to Brighter Days!

Rejoice! We made it through the “Blood Moon” Lunar Eclipse and the Cardinal Grand Cross, which means the hardest part of 2014 is over. And now, get ready for this: The New Moon Solar Eclipse in practical, peaceful Taurus on April 29, 2014, will usher in brighter days. This Solar Eclipse urges you to make […]

Here we go again! Today, April 21, 2014, marks the fifth exact Uranus-Pluto square in a series of seven stressful squares taking place from 2012-2015. But this time there’s more! This particular Uranus-Pluto square is part of a Cardinal Grand Cross, which is something you may be hearing a lot about in the media — […]

Pluto is such a misunderstood planet. I can remember growing up in the era of “Mork & Mindy,” and I would get very confused whenever I heard Mork say “Don’t ever go to Pluto, it’s a Mickey Mouse planet.” Huh? What? But I get it now. Pluto IS a Mickey Mouse planet, in that some […]

Watch your mouths today, friends! Communication planet Mercury is heading into fiery Aries from April 7-23, 2014, and it’s quite possible that we’ll be thinking and speaking so fast during this time that we’ll make a few flubs. Mercury in Aries is an impulsive transit that is great for opening the lines of communication and […]