“If only we had meat to eat! We remember the fish we ate in Egypt at no cost — also the cucumbers, melons, leeks, onions and garlic.” (Numbers 11:5)

The Kingdom of God and the Kingdom of Heaven are perplexing concepts, and depending upon with whom you speak, they are either two different things, or the same one. They also represent something that will happen in the future, after we die (think, conventional evangelical teaching), or exist here and now. Regarding the latter, how good it looks down here depends upon how hard we work to make it that way (which, frankly, is not particularly encouraging).

And of course, the logical course is usually in the middle:

“Yet a time is coming and has now come when the true worshipers will worship the Father in spirit and truth, for they are the kind of worshipers the Father seeks,” Jesus told the Samaritan woman at the well in John 4:23. In other words, it’s happening now, but is not completely fulfilled: a little bit of both, left side/right side/meet in the middle.

“Some who are standing here will not taste death before they see the Son of Man coming in his kingdom,” Jesus says in Matthew 16:28, a verse that’s difficult, when we pay attention to the actual words, to ascribe wholly to the future.

And yet, within many conventional, evangelical, Republican circles, where my spiritual life spun aimlessly around for far too long, the Kingdom of God and the Kingdom of Heaven are primarily in the future, after we die. This being so, it would be logical to ask (that is, if one has not yet been trained out of asking questions): if it’s all in the future, and there’s nothing to experience now, why not just die and get it over with?

But of course we won’t do that, literally, since that would add yet another sin to the bag we sling across people’s backs, but the result is that too many Christians live as if there were nothing to do in this world but argue with people about the next one, and the entire Chapter 13 in Matthew is wasted because we don’t have to worry about understanding any of that stuff yet.

Nor do we have to obsess too much about the poor, meek, mourning, hungry or persecuted people in the Beatitudes of Matthew Chapter 5, because they’ll eventually die and make it to the Kingdom of Heaven, where everything will be perfect. As one person put it, many Christians live a watered down version of Gnosticism.

Citizens of the Kingdom of God

Whatever the Kingdom of God and Heaven is, it’s fairly clear that Jesus is a prominent citizen of the place, and as children in the household of His and our Father, we, too, belong to this kingdom: now, and through eternity. Also reasonable to infer is that the Kingdom of God does not operate on the same basis as the kingdom of man (Matthew 6:19-21), this latter encompassing all the nations and rulers of the world (whether or not they announce themselves, as some are prone to do in the United States, as a “Christian Nation).

Satan himself defined the opposite of the Kingdom of God when he led Christ “up to a high place and showed him in an instant all the kingdoms of the world. And he said to him, ‘I will give you all their authority and splendor, for it has been given to me, and I can give it to anyone I want to.’ “ (Luke 4:6)

Corporations, governments, universities, media, religious organizations, financial institutions: if it looks man made, it probably is. And while this is not to say that these places are run by Satanists, it is to say that, when man runs something — outside of God — he does it with a healthy dose of deceit, deception, duplicity, and a cunning approach to marketing in which the truth is not necessarily the most important piece of information we promote. As a culture, we in the United States are so accustomed to the acceptability of manipulating people into buying what they don’t want or need, that we can’t see any other way of doing things.

But there is another way — outside of the kingdoms of men — and it is in the Kingdom of God, where those of us who call God Father live, and we are called to the extremely difficult task of separating cultural norms (the kingdom of man) from spiritual truth (the Kingdom of God).

Corporate Christianity Has Nothing to Do with Jesus

In short: the Kingdom of God and Heaven looks diametrically different from the kingdom of man, and never the twain shall meet.

Living as a member of the Kingdom of God while straddling the kingdom of man is akin to the Hebrew people, brought out by God from slavery in Egypt, who longed to be back at the pyramids, because there were cucumbers there. (Numbers 11:5) It’s simply impossible to be in two separate geographical locations at the same time, and while to exchange freedom (with boring old manna) for slavery (and cucumbers) is foolish, this did not stop the Hebrews from discounting one as they hearkened after the illusions of the other.

So do we do, when we try to reconcile the path to “success” by using man made means — Attitude! Say the right words! A little lie won’t hurt ya — with Jesus’s frustrating message of seeking Him first. It is little wonder that too many Christian businesses and establishments, not to mention individuals who call themselves Christians, are visually indistinguishable from their secular counterparts. They all do the same thing, except one tosses the name “Jesus” around.

It’s not as simple as not swearing, or wearing skirts below the knees (for women), or listening to “Christian” “worship” music. If it were, then what the legalists propound would be the best hope we have.

It’s deep, complex, and difficult — because it means acting with compassion, grace, mercy and trust as opposed to following Dale Carnegie’s advice in How to Win Friends and Influence People. That book, along with all its modern copycats — both “Christian” and secular — functions as the Bible for many.

Thank you for joining me at Commonsense Christianity, where my eyes are increasingly open to the vast array of deception that makes up our everyday life. If it were a dust, we’d be covered in it.

Does God Care If We Are “Excellent”? 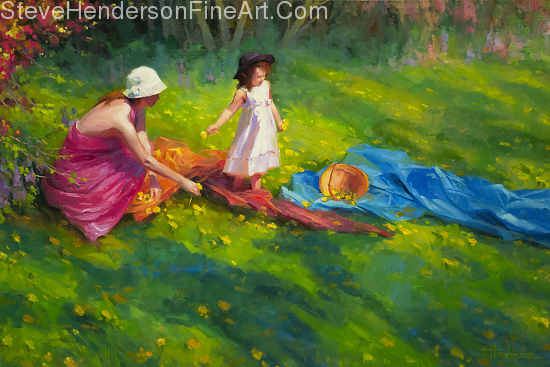