Why Do Some Christians Make So Much MONEY?

“Jesus sent him away, saying, ‘Return home and tell how much God has done for you.’ So the man went away and told all over town how much Jesus had done for him.” (Luke 8:38-39)

Within polite Christian religious circles, we share coffee and doughnuts in the back of the sanctuary with a herd of massive, fetid-smelling white elephants suffering from recurrent diarrhea.

There are so many issues we’re taught to not touch, poke, or acknowledge the existence of, that it’s no wonder our conversation becomes shallow and mundane. Asking questions, or worse yet, expressing an opinion based upon sensible observation, is a pretty sure way to get labeled “judgmental,” “difficult,” or “unable to understand the complexity of things.”

So it was with a smile that I read a note from a newspaper editor I highly respect, who minced no words:

“If religion doesn’t sell, how does one account for the exorbitant lifestyles some televangelists have awarded themselves?”

Good question, one that we don’t ask loudly or often enough, even those who cringe upon seeing, on television, a histrionic and overwrought preacher pounding the pulpit and saying,

“God needs YOU to send money to this ministry so that we can REACH people for JESUS!”

(Of course, they don’t all act like that; some of them are quite poised and elegant, gazing deep into their viewers’ eyes and warmly embracing us with their voice. Sometimes, they promise us a spiritual — and economic — gain upon our investment; other times, they express their joy at how many people will be helped by whatever pittance we can send, but eventually, their message wends around to the same thing: we, the viewers, have been called to “join them” in their vital ministry of spreading Christ’s gospel to the world, with the obvious implication that, if we don’t, millions of people will die in their sins and head to an eternity of damnation and fiery torment, and it will be our fault.)

And therein is, pretty much, the answer to the newspaper editor’s question:

Some people, who call themselves Christians, live an exorbitant lifestyle because hordes of other people, who are so unsure of their Christianity that they are easily manipulated into being told what to do, send them money.

Or more baldly: some people are very rich because people send them money.

“It’s not that simple,” tepid, timorous voices insist, even those displeased by sales tactics employed by assorted TV, Celebrity, and Political Christian speakers, preachers, and writers.

“I don’t necessarily like what Charisma-Christian is doing,” they add, “but he IS getting Christ’s name out there.” (This is the same line uttered every time the movie media disgorges yet another vapid flick loosely incorporating a Biblical concept around a comic book plot.)

Quite frankly, getting Christ’s name out there, if that’s all we’re worried about, is remarkably easy, and anyone can walk into a room — whether or not there’s a camera focused on our face — and say, “JESUS loves you! JESUS wants to have a relationship with you!”

Given that the average Celebrity Christian’s message doesn’t extend much beyond that, all of us could save our money by NOT writing people a check to announce this on television, and just blurt out words randomly on the street. It will have about as much effect.

Oh, I know — people have been down and out and alone and lonely and they were brought out of it by seeing a face on the screen that told them there was hope, and I am glad that this happened (just perhaps not quite as often as we are led to believe). But —  if the thousands of Christians who sent checks to this face had taken the money, instead, and invited another person — from a random stranger to a family member — to eat and expressed some interest in their well being and lives, a similar result could have been effected on a much larger, and more personal, scale.

We are too prone, as Christians, to solve our problems of interacting with “the world” by writing somebody else a check to do it for us.

The verse at the head of this essay closes the story about a demon-possessed man, one whose problems were so prodigious that he lived a tormented life away from human contact, assailed by a legion of malignant spirits. If there had been a TV, let the Celebrity preachers declare, this would have been his only friend.

But he found a better friend than that: our Eldest Brother, who has commissioned us, His followers, to continue His earthly ministry of loving and caring for our fellow human beings. So grateful was the man to Christ for his deliverance, that He wanted nothing more than to leave everything and follow Him.

But Jesus had a job for Him, quite similar to the one He has for us:

“Return home and tell how much God has done for you.”

But that isn’t the point: Christ’s message isn’t something so difficult that only a few, high-profile, prominent, and well-paid luminaries can get it out there: we are ALL called to be cities on the hill, whose light is not to be hidden, and the $20 a preaching magnate is calling us to send so that he can spread God’s gospel is far better spent taking a neglected or hurting child out to the store and buying him or her a pair of pants that fits.

One on one, that’s how Jesus met people. He was remarkably effective.

Thank you for joining me at Commonsense Christianity, where I remind all my brothers and sisters in Christ that money is a gift God gives us, one of  many, and like all His gifts, it is meant to be used wisely and well.

Where Does All the Tithe Money Go? 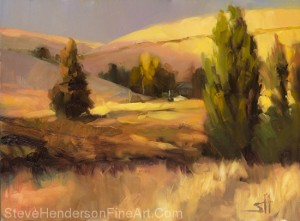 Is America Doomed?
archives most recent
More from Beliefnet and our partners
previous posts