Without God, We’ve Got 10 Minutes, Tops

“The Lord God formed the man from the dust of the ground and breathed into his nostrils the breath of life, and the man became a living being.” (Genesis 2:7)

I never see this verse without thinking of the AWANA program, regarding which, after 10 long years of heavily participating in it, I still don’t know what the letters stand for. All I remember is prodding very young children into lisping back, by rote, words which meant nothing to them and little to me, so that they could earn a patch, or a star, or whatever the promised reward.

But these words are, as so many in the book of Genesis, profound, a profundity I see only after leaving the system, and the lisping rote memorization, in exchange for the freedom of walking a very narrow path:

God breathed into man the breath of life.

The act is poetic, it’s transcendent, it’s mystical and mysterious, but it is also prosaically, almost frighteningly straightforward and matter-of-fact: if we don’t breathe, we die.

Conventional wisdom, and ordinary commonsense, give us about three minutes of no breathing before we pass out and start to pass on, and while yes, there are amazing people who can hold their breath for a long, long time, even they can’t thrive past the 10-minute mark. Without air, on a regular basis and throughout the day, we expire. It’s a truth, an inconvenient one (Al Gore didn’t invent this phrase, by the way), but one difficult to sidestep because even those who are willing to try to stretch and push and break it — and I can’t think of many willing volunteers who aren’t literal lab rats — have to eventually admit defeat.

And yet, how many of us, throughout the day, consciously breathe? We may do so for a few minutes, which is what you may be doing now because we’ve drawn our attention to the matter, but given enough time, interruptions, and distractions, we all tend to move on with our lives and think about other things. Quite fortunately, our bodies are set up in such a manner that our hearts beat, our stomach digests, and our lungs draw air in and out, without our having to direct it.

“For you created my inmost being; you knit me together in my mother’s womb,” Psalm 139 extols.

“I praise you because I am fearfully and wonderfully made; your works are wonderful, I know that full well.”

Again, we see poetry, but within all good poetry is truth, and the truth here is that our very being was created, shaped, formed, developed, and brought into life by God. Scientism likes to condescendingly chuckle at people who say that God is the author of life, and there are all sorts of promises that in the future, technology will find a way of creating it independent of Deity, but at the moment, getting that next breath doesn’t seem to be an action that any one of us can consciously contrive.

“Who of you by worrying can add a single hour to his life?” Jesus asks in Luke 12:25. “Since you cannot do this very little thing, why do you worry about the rest?”

I don’t know about you, but I had nothing to do with being born, and I don’t have the remotest idea of how much longer I will live, nor the circumstances under which I will die. I certainly don’t consider adding a single hour to my life — whether by worrying or any other means — to be a simple thing, but God does.

“All the days ordained for me were written in your book before one of them came to be.” (Psalm 139:16)

It’s Poetic, but Not Theoretical

My Christian brothers and sisters, statements like these are not just precious words of poetry that we somehow reconcile to our being random creatures, literally landed onto this earth, from the primordial sea, by chance. Either God is telling the truth, and He truly does breathe into us the breath of life, or He does not, but He is not simply writing pretty verse.

When God writes, or says, something, He speaks truth. Those of us who make seeking and understanding truth a priority can do no better than to consciously pay attention to the Source of it. It may be woven into descriptive, even emblematic language, but it is there, and it is worth meditating upon.

Take a breath. Did you generate it? Are you able to? When you finish this article and go make lunch, will you be able to consciously keep breathing, or at some point will your body, fearfully and wonderfully made, take over? And when it does, why does it work the way it does?

By chance? Because Bill Gates wrote a software program to make it do so (incidentally, software programs do not crawl out of primordial seas)? Because the Queen of England mandated that it be so? Because Stephen Hawking propounded a theory?

It’s not fashionable, and certainly not savvy or sophisticated, to believe that God exists, that He creates, and that He created us. Nor is it wise, by academic standards, to acknowledge that He gives us breath. But neither is it stupid, or unintelligent, to seek truth in places simply because we are told — by the worshipers of scientism, by the philosophers of fashion, by the movie-makers — that it is not there.

Because somehow, we’re all breathing.

When Our Strength Is Our God

Deception Is Brilliant and . . . Wrong 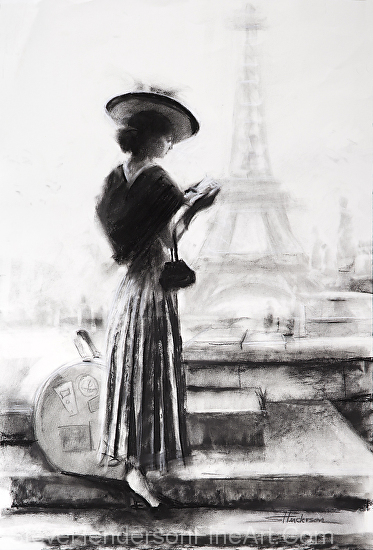