The Christians Who Choose to Leave “Church”

“Let us, then, go to him outside the camp, bearing the disgrace he bore.” Hebrews 13:13

If you’ve ever done anything in contrast to the status quo, you’ve no doubt been shot with criticism by those who remain in the group, and are appalled that you would dare to leave.

Homeschoolers are a great example. We smiled our way, graciously, through years of comments from family, friends, and strangers, all of whom attributed any adverse behavior in our children to our decision to teach them away from the publicly funded herd.

“This wouldn’t have happened if they had been in a normal school,” we were told.

Now that the kids are all grown and, unlike many of their peers, extremely avid and competent readers, no one comments on this. (We even had someone, a teacher no less, go so far as to observe, “While I agree with you, wholeheartedly, that most homeschoolers are academically excellent, what about the socialization?”

In our highly homogenized, mass media controlled society, different is aberrant, unique is abnormal, distinctive is deviant, and if you want to express yourself, we are told, then do so in an accepted way, through that year’s “revolutionary” clothes styles, or by reading the book that everyone else is reading because Hollywood is making a three-part movie on it (oops, four parts — the lucrative trend is to split the last book into two films).

So it is with the increasing number of Christians who are choosing to leave the conventional, weekly multiple-group-meeting situation that we have mistakenly come to associate with the word “church,” and strike out on their own — whether it’s through a genuine small group assembling in someone’s home or, like our particular family, nothing fixed at all.

Despite criticism unrelentingly leveraged upon us, unconventionally independent Christians (for lack of a better name) do indeed focus on “how we may spur one another on toward love and good deeds” and most decidedly, do “not give up on meeting together, as some are in the habit of doing.” (Hebrews 10:24, 25) Our meetings are simply not in a culturally-accepted, top-down controlled, environment.

There is no commandment to Christians that we shalt attend regular weekly meetings in a fixed physical place, in association with prescribed denominational entities that propound “correct doctrine.”

If anything, we would be better off listening to Stephen, ascribed as being the first Christian martyr, who earned this distinction by speaking truth to people highly reluctant to hear it, and remember that, “The Most High does not live in houses made by men. As the prophet says: ‘Heaven is my throne, and the earth is my footstool. What kind of house will you build for me? says the Lord.'” (Acts 7:48-49)

The quote at the head of this essay, Hebrews 13:13, struck my eye during a Facebook conversation that made a distinction between Christianity and church attendance, and as was expected, the writer received flak for his position, with Hebrews 10:25 predictably trotted out as the major argument for his abandoning his stance and crawling cravenly back into the pews.

In our brief online interaction, the writer mentioned to me Hebrews 13:13, which, in my reply, I mistakenly attributed to the apostle Paul until I took the 15 seconds I should have initially to look up the source of the verse (Note to independent individuals: do not make mistakes, ever. You will be flogged for them and told that the reason you make them is because you homeschool. Or give birth at home. Or avoid genetically modified food. Or sleep in on Sundays.)

The context of Hebrews 13:13 is an exhortation by the writer to trust God, remember those who are hurting, live honorably, and make our sacrifices not those of human ceremony, but those that focus on doing good and sharing with others.

“We have an altar from which those who minister at the tabernacle have no right to eat,” the writer says in verse 13:10.

“The high priest carries the blood of the animals into the Most Holy Place as a sin offering, but the bodies are burned outside the camp. And so Jesus also suffered outside the city gate to make the people holy through his own blood.

The disgrace Jesus bore was exacerbated by his being rejected by His own people — “He came to that which was his own, but his own did not receive him.” (John 1:11)

Shunned by the Group

The perfect Jew in every way, Jesus was spurned, shunned, and sent to the cross by leaders in the religious establishment, and the irony is that the very people responsible for shepherding and teaching God’s word, totally missed seeing the Writer of it.

This is not to say that all leaders are bad — Nicodemus and Joseph of Arimathea come to mind — nor does it by association lead to the conclusion that the conventional church, and those who lead and attend it, are bad or wrong. What it does say is that convention, and the status quo, are not correct simply because they have always been that way, and those who decide upon a different path are not automatically apostates, or fools.

These are the Christians who are questioning church policy, asking where a particular doctrine can be found in Scripture, and increasingly, ultimately determining to leave. In doing so, they are out of the camp, away from the group, and a major result in their lives is being viewed with suspicion, censure, and disdain, if they speak up; ignored, if they don’t.

So were the first Christians, who left the establishment of their day to strike out to follow this wild, radical man who was rejected and cursed. But they persevered in this new Way, this Way that all believers are called to seek out and follow — whether or not we attend a “real” church.

It’s not where we are on Sunday morning. It’s how we live — and for Whom — all week long.

Thank you for joining me at Commonsense Christianity, where my heart goes out to my brothers and sisters who are choosing an extremely narrow, difficult, but highly fulfilling, path.

“I’m a Christian, but I’m Not Religious”

You Don’t Belong to Any Church — You Belong to God 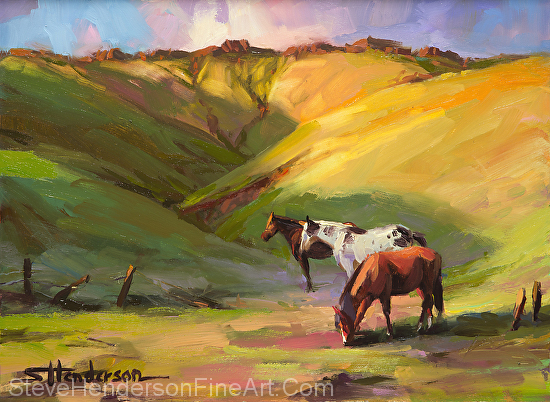 Are We Making Asses of Ourselves?
archives most recent
More from Beliefnet and our partners
previous posts