Please, Think Twice about Passing out the Bible Tract

“I have become all things to all men so that by all possible means I might save some.” (1 Corinthians 9:22)

I ran across a bawdy joke the other day that is definitely not the thing one shares with acquaintances or distant relatives.

But it was too good to keep to myself, so I passed it on at the dining table, around (adult) children and spouse, who appreciated it, and the spirit in which it was given. Nobody was shocked, and we all moved on, seamlessly, to dessert and, afterwards, the dishes.

It goes without saying that there’s no need to write the joke down here, since this is not the appropriate venue for it, and while it didn’t offend my family, it would definitely offend some (not all) of my readers. In others words, there is a right place and time to say certain things to certain people, but in alternative places, at different times, and with other people, one tells a different joke, or no joke at all.

The apostle Paul, in 1 Corinthians 9:19-23, discusses how he adjusts his message — the gospel of Christ — so that those hearing it will best be able to receive it:

“Though I am free and belong to no man, I make myself a slave to everyone, to win as many as possible.

“To the weak I became weak, to win the weak.”

As a friend explained recently, it’s not so much what we say, as how we say it — and no matter how valuable the message, if we give it in a manner offensive, confusing, incomprehensible, or unintelligible to the listener, then the meaning of our words does not get through.

An Insistent, and Irritating, Christian

I am reminded of my college days, when I was exploring the concept of Christ, whom I had vaguely heard of through my childhood but did not understand or know. An intensely fervent Christian figuratively pinned me to the wall and forcefully kept me there with his words:

“You MUST accept Jesus Christ, or you will die in hell, burning there for eternity. He loves you and is calling you to be His.”

At that time (and to this day), I could not put sentence 1 and 2 together in any logical, reasonable, compassionate, or understandable manner, and I was resisting. Quite fortunately, the man eventually left, and another Christian, quietly listening in the background, came forward and said,

“Don’t let him pressure you. And don’t feel like you have to accept what he is saying. Keep focusing on God’s love, because that’s what is worth looking for.” He then proceeded to talk about other things. In the subsequent weeks, he was there — a safe person — to answer my questions, which he did so in a measured, reasonable fashion, and always with a willingness to admit he didn’t know something when he, well, didn’t know something.

In the end, my conscious decision to become a Christian was strongly influenced by the behavior and words of the latter, thoughtful Christian, and if I had been limited to the words of the insistent dogmatist, I would have, like many seekers and searchers of truth and love, rejected the concept of Christianity.

This isn’t to say that the overbearing Christian wasn’t passionate and sincere in his beliefs, but he was extremely foolish in the manner in which he expressed them. Inattentive to body language, oblivious to conspicuous signs of distress in his listener, he plowed forward with his argument, using the same words he used with everyone he approached, whether or not they understood, grasped, or accepted them.

Hardened Hearts, but Whose?

If they didn’t, his general response was to shrug his shoulders and say,

“Oh, well. Their hearts are hardened and they resist the Holy Spirit. I guess they’re just unredeemed, and unredeemable, sinners.”

This is not at all Paul’s attitude, and it is ludicrous to think that he would quote Jewish law to a Greek, or use Aristotelian arguments upon a Jew.

And yet, this is what many Christians insist upon doing when they quote Scripture to an atheist, or thrust a tract into the hand of a stranger, not even bothering to find out anything about the person receiving it. The general attitude, upon the part of the speaker, is — “I’ve done my part, and I’ve spoken the name of the Lord. Scripture will not be quoted in vain.”

This is more superstition than reality, and if we asked ourselves, “What is my goal? To speak the words? Or to phrase them, and comport myself, in such a way that the person hearing my words will have a decent shot at understanding them?” we would adjust our parlance in accordance with the person and circumstances of our listener.

The first involves only opening our mouths, the second our hearts and minds.

Releasing ourselves from a one-size-fits-all approach allows us to moderate, and finesse our actions, freeing us to genuinely smile and say “Thank you,” to the person who just sold us our groceries instead of, “Jesus Loves You!” We agonize, because we didn’t use the word “Jesus,” or “God,” or “The Lord,” but in all honesty, if the person has been hurt by a hammerhanded approach to Christianity (and we don’t know this because we don’t know them), which option would get across the real message — the love of Christ — better?

And isn’t that the message we’re trying to impart?

Thank you for joining me at Commonsense Christianity. Posts complementing this one are

Do You Long for the Love Christianity Promises?

Grasping the Goodness of God 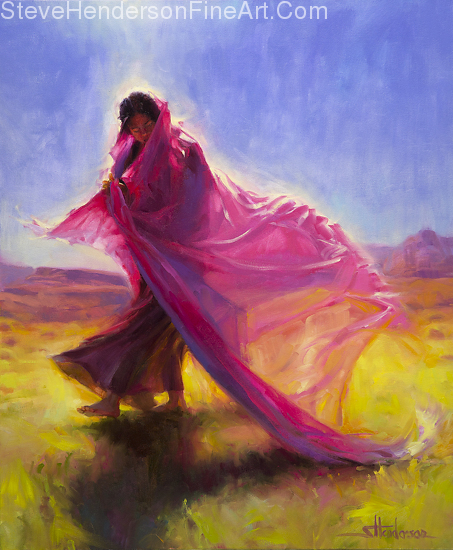 “Foreigners” Are God’s Children, Too
archives most recent
More from Beliefnet and our partners
previous posts