As a Christian who does not have Jewish roots, I look at all the wonderful miracles God has done for His Hebrew people — parting the Red Sea comes immediately to mind — and am tempted to hang my head, thinking, “That’s not for me, because I’m not officially one of His people.”

For this reason, I love Isaiah chapter 56, firmly entrenched within the Old Testament, in which God says,

“Let no foreigner who has bound himself to the Lord say, ‘The Lord will surely exclude me from his people,” (verse 3), subsequently expounding that those of us who “bind themselves to the Lord to serve him, to love the name of the Lord, and to worship him . . . these I will bring to my holy mountain and give them joy in my house of prayer.”  (verses 6-7)

It’s Not a Social Club

God’s family is not an exclusive club, and belonging to it does not require economic, cultural, racial, political, or educational qualifications. (This is an excellent thing for Christians of Gentile heritage — who were brought into the flock from another pasture [John 10:16] — to remember. There are still more sheep, in other pastures, who don’t look and act in accordance with the 21st conventional interpretation of Christianity, and we might think about extending the same grace to them that has been extended to us.)

The passage at the top of this article from Ruth is a beautiful declaration of loyalty and love from a woman who would have been considered, within the Israelite culture during the dark time of Judges (“When everyone did as he saw fit,” Judges 17:6), to be a foreigner indeed — a heathen, a pagan, a much-detested Moabite who deserved no part or parcel with the promises given to the Hebrew nation.

That Ruth made such a statement to her mother-in-law, Naomi, after the latter, in Moab, lost her husband and sons (one of whom was Ruth’s husband), and was returning to her homeland of Israel, says a lot about, not Judaism, not the Hebrew people, not even God Himself, but about Naomi.

The Book about Naomi

Although the book calls itself Ruth, it is as much a story about Naomi, who says, “No, my daughters, for it is exceedingly bitter for your sake that the hand of the Lord has gone out against me.” (Ruth 1:13, English Standard Version)

Suffice it to say, the relationship between Naomi and her daughters-in-law does not resemble the typical cynical interpretation of the tension between a mother-in-law and the wives of her sons. In addition to the pain Naomi feels on her own behalf, she bears added torment by the hurt that descends upon those in her care.

This is a woman who loved, and was worthy of being loved, and Ruth responded to that love by giving up her culture, her religion, her national identity, and her very self to follow Naomi to a strange land, one that was hostile to a Moabitess. But the love of Naomi, the guidance she gave Ruth, and Ruth’s willingness to follow and obey her mother-in-law’s words, led to a result that is comforting and beautiful to all God’s children, regardless of whether our heritage is Hebrew, or not:

Ruth eventually married Boaz, a worthy and godly man who was a close kinsman to Naomi, and through this marriage, Ruth became the great-grandmother of David, Israel’s mightiest king, through whose line came Jesus, the greatest King, and brother, of all.

We’re Foreigners Too, You Know

Ruth — the foreigner, the outsider, the non-Jew, the Moabitess, the sheep from another pasture — is one of the great names in Biblical history, one of three women mentioned by name in Matthew’s genealogy. (The first was Tamar, who bore sons from an incestuous encounter instigated by her father-in-law Judah; the second was Rahab, a Canaanite whose name is unfortunately too often appended with, “the prostitute.” I find their inclusion less a lesson about sin, sin, sin, as about grace, mercy, acceptance, and God’s love for His children. These women are great not because of who they were, but Whom they belonged to.)

Ruth’s statement of faith is essentially the one that all Christians are called upon to make to our Lord, Master, King, and beloved Brother, Christ. Like Ruth, we make this declaration in response to the love that we receive at His hands. If Naomi had been a foul person spewing deceitfulness and hate, there would have been no reason for Ruth to make the declaration she did, and indeed, it would have been foolish on Ruth’s part.

But Ruth’s actions were a result of love bestowed upon her, and she was able to keep those words because Naomi cared for, and cared about her. This is a good reminder, to all of us who are Christians, that this is why we sought out, turned to, and made a decision to follow Christ — not because He nitpicks at us for our endless indiscretions and mistakes — but because He loves us, unconditionally, His ratty, ragged people from another pasture, an outside culture, a heritage that includes a lot of juicy, salacious stories, some of them not as far back in history as we would like.

But we are His, precious in His sight, beloved children who are no longer foreigners because we are His people, and where He goes, we go; and where He stays, we stay; His God is our God, and His Father is ours as well.

Thank you for joining me at Commonsense Christianity. Within conventional Christianity, we talk about “love” a lot, but focus more on sin, convinced that God won’t get close to us until we get our lives together. That’s not how it goes, you know.

Three Things God Wants Us to DO 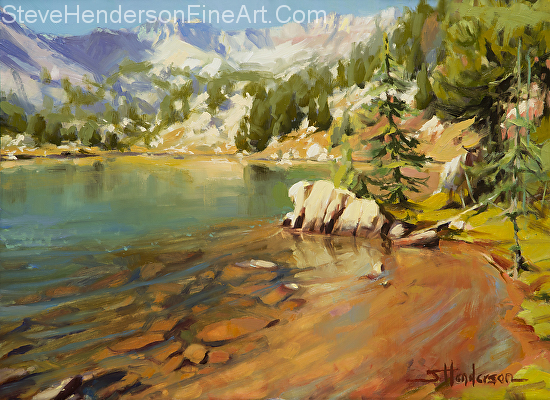