“And masters, treat your slaves in the same way. Do not threaten them, since you know that he who is both their Master and yours is in heaven, and there is no favoritism with him.” (Ephesians 6:9)

We like to say that a sign of civilization is that we do not have slaves. It’s an odd misconception, especially in the country in which I live, the United States, which bases its system of government upon one of the most wretched, controlling, authoritarian regimes of all, the Roman Empire. (Their method of capital punishment seems particularly lacking in the “civilization” aspect.)

The Romans had slaves. So did the Greeks. And the Jews. Any “civilized nation” that convinces its populace that the subjugation of a particular group of people is justified — whether the rationale is based upon the color of a person’s skin or their place of birth or their status in war or their accent or their religious preference or their culture — seriously puts into the question the theory that mankind evolves, morally, as much as it does physically, beyond apes. I know. The economy just doesn’t run the way it’s supposed to unless we can access cheap, replaceable, unprotected labor. I would call this a realistic example of financial evolution if it weren’t that some things, throughout history, never change.

“But we no longer have slaves!” citizens of first world countries cry out. “It’s only those third world countries, which produce the goods that we buy, and we can’t help what goes on there.” No, we have little influence upon the mega-corporations that run our global economy. But we buy their goods.

In our definition of slavery, which is alive and well in any world in which men rule, we limit ourselves, however, and many an employee of poorly-run corporations — with their multi-layers of insecure managers wielding control — no doubt feels the powerlessness of one who is maligned, disrespected, and verbally abused.

“I feel like a slave,” they say, half-jestingly, but they’re really not joking.

While bad managers are one thing — like death and taxes they seem to be a part of life — within the ordinariness of everyday first-world civilized existence, all of us have the potential to treat our fellow human beings as servants, and it generally involves nothing more than going shopping.

“Hello, how are you?” I was purchasing groceries yesterday when the clerk gave her standard greeting — one she is required to give by management, but also the conventional salutation of decorum within our culture. An extension of this etiquette is that the person greeted responds in kind.

“I am fine, thank you,” I replied. “And how are you?” We then embarked upon the gentle chit-chat of strangers brought together for the few minutes it takes to conduct a transaction. Some of these conversations involve nothing more than the weather; others get deeper, depending upon either speaker, but at essence, they involve two human beings — equals in the sight of God — interacting with one another.

Unfortunately, many people dealing with our brothers and sisters on the planet who work in retail — an especially emotionally brutal place to work —  forget that they are interacting with equals, and there is a tendency to ignore, criticize, berate, or be downright rude to the person who is bagging their groceries.

“Don’t put those in that bag!” one woman, who has a reputation for being demanding and imperious, commanded the clerk behind the check stand. “Put them there. And hurry up!”

Interestingly, I know this woman. In our days of church attendance she was Mrs. Sunshine, friendly and direct with those in the congregation with whom she chose to interact, but outside of the building — where life actually happens — she apparently does not make Romans 12:10 a part of her belief system:

“Be devoted to one another in brotherly love. Honor one another above yourselves.” In the eyes of a woman like this, the people “below” her — those who process her purchases, take her bank deposits, answer her questions on the phone, write down her order and/or cook her food at restaurants, clean the hotel room before and after she uses it — are of a different class, and while she would deny this, those who suffer the existence of her presence would no doubt say that they feel the servitude.

“My brothers, as believers in our glorious Lord Jesus Christ, don’t show favoritism,” James exhorts in 2:1, 3. “If you show special attention to the man wearing fine clothes and say, ‘Here’s a good seat for you,’ but say to the poor man, ‘You stand there,’ or “Sit on the floor by my feet,’ have you not discriminated among yourselves and become judges with evil thoughts?”

God does not judge us by how much we make, where we work, and whether or not the world considers our work “important.” Neither, then, should we. Indeed, we are called, as Christians, to treat all of our brothers and sisters as equals, and it is a testament to the love of Christ within us that such love flows out of us into the world around.

“By this all men will know that you are my disciples, if you love one another,” John 13:35 tells us.

It’s not in church buildings where people are watching us, and drawing conclusions about Christianity by our behavior there. It’s in the real world, where real people live.

Thank you for joining me at Commonsense Christianity, where I have a heart for ordinary people, because I am one of them. I am grateful that God has made so many of us, and that we are precious in His sight. May we treat one another with the grace and mercy with which He treats us.

Three Things God Wants Us to DO

Does It Bother You That People Lie to Us? 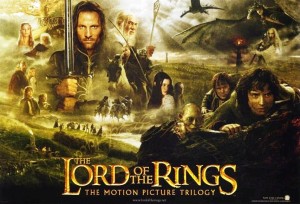 Are You a Brave Christian?
archives most recent
More from Beliefnet and our partners
previous posts