When Powerful People Repent — Is It Real?

The other day, I read an intriguing post by a Famous Face. Like many Famous Faces, when he speaks, hordes of people — far too many of the Christian persuasion, incidentally — listen.

But the general message of this man, like much of what is propounded on a mass scale by people whose faces we recognize but whose genuine essence we do not know, isn’t necessarily true, right, honorable, well-meaning, or accurate, although it does cause listeners and readers to be frightened, anxious, angry, discomposed, and intimidated.

(Interesting fruit. When you find yourself eating it, because someone has sliced it into easy-to-chew pieces, it’s time to look at the hand that’s feeding you.)

But back to our Face, whose latest musings paraphrase into something like this:

“I am deeply disturbed over what is going on today, and am questioning the leadership everywhere, in all areas. Most especially the religious leadership — I fear that they are steering us wrong — but I’m sure they know what is right.

“I am driven back to God in a state of humility, fearing that even I am guilty of arrogance. I am questioning, and I am seeking God’s wisdom in all this.”

A Statement of Repentance?

The overall statement sounds thoughtful, moderately contrite, and meditative, especially the “doubting the leadership” part which is something that more and more lay people — the masses of humanity who should be satisfied sharing inspirational memes on Facebook and watching, absorbing, internalizing, and accepting the inculcation in the latest movies and TV show — are increasingly starting to do.

The masses are waking up, and asking questions. And for those who consider themselves outside the masses, “guiding” us, so to speak, this is disturbing.

So, when I read the Famous Face’s words, my initial, first, and enduring reaction was, “Is this real? Or is it simply a preemptive strike against the upsetting questions that people are beginning to ask, thereby deflecting their attention elsewhere?”

While this sounds cynical, part of being shrewd as snakes and innocent as doves (Matthew 10:16) in a culture controlled and manipulated by mass media is questioning the words, and motives, of people we know only by what we are told by the people themselves, or the impressions we are given by what is written and said about them.

Since it’s unrealistic for most of us to know, personally, the Faces and Voices that we blithely invite into our lives, we need to 1) maintain a strong sense of suspicion about anything we are told and 2) judge (yes, we can do that) the people who influence us, by their fruit:

“Watch out for false prophets,” Jesus tells us in Matthew 7:15-18 (and by the way, a prophet isn’t limited to a man from the 4th century B.C. who walks around in robes; another translation for “prophet,” in Greek, is “spokesman”).

“They come to you in sheep’s clothing, but inwardly they are ferocious wolves.

“By their fruit you will recognize them. Do people pick grapes from thorn bushes, or figs from thistles? Likewise every good tree bears good fruit, but a bad tree bears bad fruit.”

So my abiding reaction regarding this man’s apparent repentance looks something like this:

True repentance results not only in a change within the person, manifested in the outward behavior, but often in a change of their circumstances, since, when we question the establishment and its motives, we are immediately perceived as a threat that must be removed.

In other words, when a person of prominence and exaltation starts expressing misgivings about the system which generously funds his public voice, then the results of his repentance should approximate what happens to the rest of us when we turn around 180 degrees from what we have been doing and walk the opposite direction. He gets fired. And — in the lives of ordinary people at least — the income isn’t made up by lucrative book deals and a “self-funded” talk show, or a “grass-roots ministry” that miraculously explodes into something big.

“You brood of vipers!” John the Baptist said, in Matthew 3:7-8 to the Pharisees and Sadducees coming out to be baptized by him.

“Who warned you to flee from the coming wrath? Produce fruit in keeping with repentance.”

John wasn’t being nasty or classicist, refusing grace to those who asked for it — he was observing, quite sharply, that the religious rulers and leaders weren’t there to repent, but to give the impression of repentance. John’s message was getting out there, people were waking up, and questions were arising about the teachings and motivations of those very leaders. Much as what is happening today.

The Cost of Following Christ

“We are hard pressed on every side, but not crushed; perplexed, but not in despair; persecuted, but not abandoned; struck down, but not destroyed,” the apostle Paul in 2 Corinthians 4:8-9 describes the circumstances that accompany those who die daily to self as they follow the way and words of Christ. (Paul himself, we remember, left a lucrative career in leadership.)

The fruit we find in the lives of deeply committed Christians who do their best to love their neighbor with the love that comes from God Himself, is generally humility, often accompanied by a lack of significant material riches, fame, and power; and when riches are given, they are just as quickly given away to those who have nothing.

That’s the fruit I look for in prominent public figures who speak — forcefully and publicly — about their repentance.

Thank you for joining me at Commonsense Christianity, where I encourage my brothers and sisters to stop hanging around in the laundry room, convinced that their only significant contribution is to fold underwear while other members of the family — greater and better and wiser — do the “important” work. Everyone should take a turn in the laundry room with the underwear, and those who are unwilling, don’t belong in the house.

Rich Christian, Poor Christian — Which Are You? 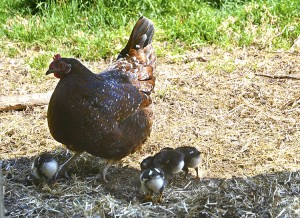