Are House Cats Smarter Than Humans?

It’s time to bring to a close the age-old debate about whether dogs or cats — and the people who prefer one to the other — are smarter.

Not because the general populace has accepted the final resolution of the issue (easy — cats, paws down), but because we have a more pressing question:

Are house cats smarter than humans?

I ask this, not because ancient Egyptians so revered the creature that they deified — and worshiped — its image through their goddess Bastet, but because of a recent quote I encountered — in my Cats a Day calendar — by author Neil Gaiman:

“I would like to see anyone, prophet, king or God, convince a thousand cats to do the same thing at the same time.”

What an apt, but vaguely depressing, observation.

Apt, because cats are not group animals — that’s their charm. As my husband the Norwegian Artist, who prefers the dog because she’s friendlier, albeit not smarter, than the cats, commented:

“You don’t see a troupe of cats in a circus, jumping through hoops for biscuits.

“And even when a show uses lions, there’s not a pack of them, and the trainer doesn’t nonchalantly turn his back to light up a cigarette.”

Getting two cats to do the same thing, like sit on the owner’s lap and act as if they are grateful, is difficult. Getting a thousand to stand up on their back paws and meow is, as Gaiman observes, a challenge for the Almighty.

The depressing part about Gaiman’s observation is that getting two humans, ten, a thousand, or considerably more, to do the same thing at the same time is remarkably easy, and it’s successfully accomplished on a daily basis:

Just put a TV in every home. Or set up a religious meeting in a football stadium. Or announce that some electronic device is on “sale” during a limited time period — say, between 4 a.m. and 5:30 a.m. on the day after Thanksgiving — and get out of the way when the doors open.

One TV Per Person

Quite recently, the Norwegian Artist and I were treated, as an anniversary gift, to a chef’s table at a five-star restaurant, followed by a night in one of the establishment’s suites. It was luxurious, plush (there were bathrobes!), and splendidly lavish — but incorporated within the palatial and stately decor were two large-screen TVs, one in the living room and one in the bedroom, His and Hers, perhaps, and in line with contemporary thought, there was no difference between the two.

Because, after 32 years, the Norwegian and I still like each other, we took 15 minutes to flip through all the channels before we decided, as we always do, that there’s nothing worth watching. It’s certainly not for want of choice — there’s something for everyone, that is, as long as everyone doesn’t insist upon quality, depth of thought, or insufficiency of gentle, and not so gentle, manipulation of the mind.

There are sports channels — which incorporate glitzy sets that look like news rooms — and the charade plays through as commentators analyze teams and players and the season’s potential with the same seriousness as if they were discussing world politics.

And speaking of world politics, there are talk show hosts for conservatives and liberals, pontificating as do the sports commentators, speculating on all sorts of “what-if” scenarios, some of which are quite unsettling, which, I think, is the point. Precious little effort or time is given to reporting bland, prosaic, actual, true, verifiable facts with the intent of encouraging the listener to reach his own conclusions. Good God, no — those conclusions may differ from the ones he is presently prodded to reach — one set for the conservatives, another for the liberals. Libertarians, don’t despair: as alternative news increases in popularity on the Internet, a mass media outlet will be created, and customized, for you.

Did I mention the word “pontificating” in the last paragraph? Religious fare abounds for Catholic and Protestant, high church and holy roller, prosperity doctrine and eternal damnation. Significantly missing are quiet, thoughtful presentations (given without the sing-song cadence of the proverbial preacher) that discuss deep truths with the idea — again — that the listener, when presented with certain facts, is able to synthesize those facts in his own brain, based upon his intellectual ability to reason, and reach a conclusion disparate from intention.

One last thing, touching on the intellectual ability to reason I mentioned above: it’s not really needed — not for the cheesey sitcoms replete with stereotypes, paltry dialogue, and laugh track; “real life” detective movies that are cool and dark; shopping shows obviously aimed at women (love that stereotype: women shop; men watch sports); nature, science, and history programs that waste valuable film time catching the expert walking from his car to his office; telenovelas; game shows that make The Price Is Right look profound — out of 100, 200, 800 channels there is surprisingly little of quality, but this doesn’t stop not just thousands, but millions, of people from watching.

Going Along with the Group

It’s not just TV, it’s everything: we humans have a fatal flaw of going along with the crowd, believing what we are told to believe, acting in concordance with societal standards that we, as a society, didn’t necessarily set up.

As Christians, we are called to follow God, not the latest media sensation or political darling, and this is not a part time thing, to be slipped in, in between commercials.

“In Christ, we who are many form one body, and each member belongs to all the others,” Paul says in Romans 12:5.  It is telling that within Christianity, we are considered individuals who join together in one whole — the body of Christ — to worship our Father and do His work. One body, made up of individuals.

But within the world of men, we are called “the masses.”

Seriously, house cats aren’t smarter than humans. Seriously. Let’s act as if we believed this.

Thank you for joining me at Commonsense Christianity where I encourage people to recognize their value as individuals, not worker bees and drones who teem busily about while they make honey, er . . . money, for somebody else.

Mass Manipulation by the Mass Media

Is It So Bad to Be a Lone Wolf Christian? 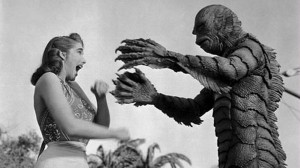