Stay Alert — Burnt Toast Is the Least of Our Concerns

We are the infelicitous owners of a truly dreadful toaster.

It has one setting — burnt and black — no matter where we turn the dial, and lately it has decided that it only wants to toast one side of the bread. Those who enjoy edible food items keep an open and vigilant eye, the perfect toast requiring that one pop the slice mid-term, turns it around, and re-establishes watch.

Now not everyone in the family is as wary and vigilant, and while I don’t want to descend into sexism, the women in the family tend to enjoy superior breakfasts.

Because we watch, you see — trained by years of keeping all sorts of disparate information in the backs of our minds: what we’re running out of in the cupboards, how high the laundry pile is getting, whether the arrow in the car is point to E or F, what is the very last day we can wait until paying the king’s, er, property taxes. It’s not that men don’t think about these things; it’s just that women (at least in my family) tend to think about them more.

Genderism aside, the men in this family consistently do not remember their toast until the smoke arises from the appliance. The women smile, discreetly, and pass the butter.

Now burnt toast doesn’t seem to have much to do with Christianity, unless we want to descend into 19th century sermons of Burn or Turn, a truly appalling interpretation of God that causes people to be afraid of our Heavenly Father. But there is a better teaching to do with toast:

“Be self-controlled and alert. Your enemy the devil prowls around like a roaring lion looking for someone to devour. Resist him, standing firm in the faith, because you know that your brothers throughout the world are undergoing the same kind of sufferings.” (1 Peter 5:8-9)

Were I to momentarily stray into irreverence, I would rephrase it thusly:

“Be alert, and keep an eye on the toaster, because the Foul Thing is devoted to burning anything that goes into it. You. Must. Keep. Watch.”

“Be on your guard; stand firm in the faith; be men of courage; be strong.”

Jesus, in Matthew 24, focuses on the concept of believers staying awake, beginning with,

“Watch out that no one deceives you. For many will come in my name, claiming, ‘I am the Christ,’ and will deceive many,” (verses 4,5),

“Therefore keep watch, because you do not know on what day your Lord will come,” (verse 42)

“It will be good for that servant whose master finds him doing so when he returns.” (verse 46)

The World Is Not Our Friend

In the same way that people in my household who want decent toast do not leave the room or drink tea, dreamily incognizant  of the evil appliance on the counter, Christians must keep — in the back of our minds at all time — the awareness that this world is not our home, heaven does not exist down here right now, and the world of men — its politics, educational institutions, corporate entities, medical establishment, legal system, media, entertainment industry — are not set up to proclaim, honor, obey, or celebrate God.

Allow me to add, in a separate paragraph for emphasis, to the list above — its religious arena. Just because a person, a denomination, a group, a magazine, a charitable organization, or a business announces that it is Christian and teaches the way of Christ — does. not. mean. that. this. is. so.

There-in is where many Christians are allowing the toast to burn, abstractedly inattentive to warning after warning in the Bible about wolves that enter the sheepfold, false teachers who promote bad doctrine, apple trees that bear Twinkies:

“Watch out for false prophets. They come to you in sheep’s clothing, but inwardly they are ferocious wolves. By their fruit you will recognize them.” (Matthew 7:15-16)

Allow me to be irreverent again and rephrase:

“Watch out for people who say they are Christians but really aren’t. They may look trim in a suit, and speak convincingly and well, but if they’re ridiculously, absurdly wealthy from the checks that people send in, and their lifestyle looks like that of a corporate CEO, then start asking questions,”

“Don’t be so ready to accept news from an anchor who gives the illusion that he believes in God, but shows no evidence of actually doing so. Words are cheap and easy to say,”

“Be wary of joining or supporting political movements because you are told that they are Christian. Walk away from anyone who tells you to hate an entire group of people — a country, a religion, a culture. Jesus never advocated anything remotely like this.”

Bullying — What’s with This?

Lately in the news, there are articles about celebrity pastors bullying from the pulpit, something I touched upon in We Don’t Need Celebrity Christian Permission to Stand up for Ourselves. That this problem not only exists, but is disturbingly common — individual believers in Christ being manipulated, coerced, attacked, and/or controlled by a leader — is a sign that too much toast is burning.

“I am sending you out like sheep among wolves,” Jesus told His disciples in Matthew 10: 16. “Therefore be as shrewd as snakes and as innocent as doves.”

Keep an eye on the toast in the toaster, because believe me, that appliance is not your friend.

Thank you for joining me at Commonsense Christianity, where I like my toast just very barely browned on each side, but hot enough to melt the butter.

Once You’re Awake, Now What?

Is It So Bad to Be a Lone-Wolf Christian? 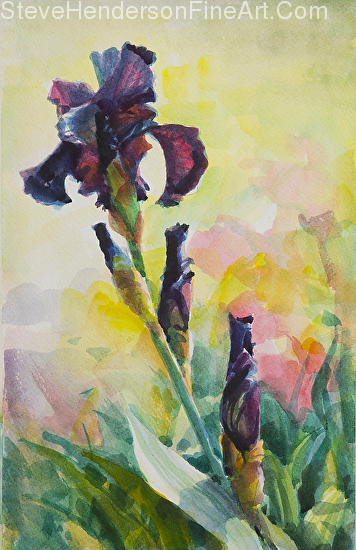 Is It So Bad to Be a Lone-Wolf Christian?
archives most recent
More from Beliefnet and our partners
previous posts