One of the problems of formal, prescriptive Bible studies is that, frequently, they mooooooooooove

through the Scriptures, focusing on one or two verses at a time and haranguing the poor words until they collapse, exhausted, and pant out,

“That’s all I’ve got to say. Honestly. Please read the next sentence.”

And while some of the Apostle Paul’s written creations, which translated into English appear to incorporate every preposition available, do bear reading, and re-reading, and re-re-reading, this doesn’t mean that we have to approach the entire Bible this way.

Read the Whole Story at One Sitting

John Chapter 9 is one such passage — the whole chapter is worth absorbing at one time because it’s a story, a very important one, about a man who was born blind and was healed — on the Sabbath — by Jesus. After reading it, you’ll no doubt want to stroll through, slowly, again, but enjoy the story first.

There is much to savor and ponder in this passage, not the least of which is the disciples’ question in 9:2:

“Rabbi, who sinned, this man or his parents, that he was born blind?”

What an absurd statement! we scoff. But is it, really? And do we, perhaps, ascribe a bit to its beliefs?

Let’s look at two logical questions that the disciples’ query brings up:

1) How could God justify punishing a person before he was born?

2) Why would God punish a child — an unborn one at that — because of the foibles of his parents?

To the first question, we have to consider how many people unquestioningly embrace the Doctrine of Original Sin, developed in the second century and after, and not specifically addressed by any Biblical writer, which pretty much gives credence to punishing a person before he was born:

Because of Adam, we are told, we are all sinners who deserve to spend eternity in hell, reprehensible in God’s sight, which leads to yet another question,

Why would God make something in the first place that He hates and condemns?

Creeds and Doctrine, versus Scripture

So perhaps the disciples’ question wasn’t so absurd after all, in light of some of the things we accept, simply because we’ve been told that, a long time ago, the Church Fathers (whoever they were) came up with an assortment of creeds and doctrines that we are obligated to believe. It’s not to say that the creeds and doctrines are superfluous and completely invalid, but neither to do they answer all questions for all time, and it would good to keep the doors of discussion open.

Awkward observations, however,  are not readily, easily, or acceptably brought up in a large group Bible study, but in the privacy of our bedroom, or with one or two trusted, and safe confidantes, we are free to ask questions of Scripture. We are also free to wait on the answers, as opposed to passively and silently accepting what we are given.

Back to the blind man: let’s jump to verse 35, after the man was healed, and after he spent a significant time being grilled by the Pharisees and religious leaders, because quite frankly, they did NOT like his story.

“Jesus heard that they had thrown him out, and when he found him, he said, ‘Do you believe in the Son of Man?’

The Shepherd Seeks His Sheep

Two things jump out to me in this passage:

1) Jesus went looking for the man.

What an image that is! Rejected by the leaders and ostracized, the man paid dearly — in human terms — for the miracle of his sight, but Jesus Went Looking for Him.

How often are we convinced that God washes His hands of us because we’ve said something wrong, or thought something mean, or acted in a fashion displeasing? And yet always, in our relationship together, it is God who acts first, God who calls us, God who looks for us, God who waits, God who forgives.

It’s worth remembering this.

2) The man was so grateful to Jesus — about whom he knew nothing more than that He had healed him — that he was willing to follow, and believe in, anything He said.

“What,” I asked God, “have you done for me like what you did for this man?”

“I opened your eyes as well,” came the answer. “You were blind, too.”

“But it hasn’t been particularly pleasant,” I replied. “Waking up and having my eyes opened meant our being ostracized from certain group situations, because we no longer believed the way we were told.”

“The man born blind, whose sight was recovered, was kicked out too. Do you think he wants his blindness back?”

Well, no. And neither do I. As difficult as it is to see presuppositions, tradition, and convention upset, it is far better to honestly question, admit doubt, and do something about it than it is to plug one’s ears, close one’s eyes, and insist, “I don’t want to know about it! It may change the way I believe!”

You Don’t Have to Look Blind, to Be Blind

Jesus says at the conclusion of the chapter,

“For judgment I have come into this world, so that the blind will see and those who see will become blind.”

There are many people — prominent and outspoken religious leaders — in the world today who encourage us to follow them because, they assure, they know the truth, and will pass it on to us, but the very Bible from which they quote is the same book many of us have in our homes, and there is nothing to stop us from opening it up, on our own, and reading what’s inside.

The healing of the man born blind was offensive to the Jewish leaders not so much because of what happened, but because of Who made it happen — Jesus, and everything about Him, was anathema because everything He said and did went against standard, accepted, conventional religious teaching.

The closer we follow Him, the more we seek, the more we question, the more we read — the more likely that we, too, will find ourselves at variance with standard, accepted, conventional thought.

Thank you for joining me at Commonsense Christianity, where I encourage individual, ordinary believers to study Scripture, learn from those who have something to teach, but never give up their independence of thought to another human being.

Reading the Bible without Supervision

Why Ordinary Christians Can, and Should, Speak up 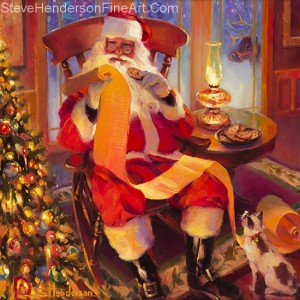 Confusing God with Santa Claus? Yes. And No.
archives most recent
More from Beliefnet and our partners
previous posts